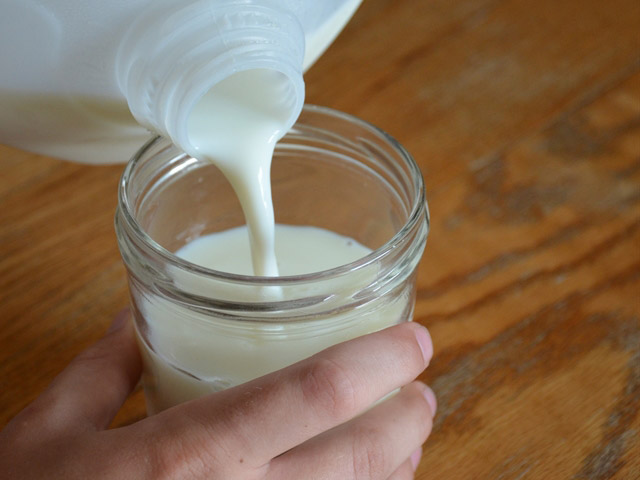 Fortune 60 company Coca-Cola is partnering with a Northwest Indiana farm, hoping that a reinvented, more nutrient-rich milk can do more bodies good, as well the bottom line.

The soft drink giant teamed up with dairy co-op Select Milk Producers and Fair Oaks Farms to form Fairlife LLC, which will roll out a premium milk nationally in early 2015. Fairlife is specially "ultra-filtered" to concentrate nutrients and separate fats and sugars.

Chicago-based Fairlife says its milk has 50 percent more protein, 30 percent more calcium and half as much fat as regular milk. Also, the new product has no lactose, so the lactose-intolerant can drink it, The (Munster) Times reported.

Fairlife already makes the widely available Core Power high-protein milk shakes, which are sold in 11.5-ounce bottles with as much as 26 grams of protein. Those high-protein drinks target a more niche market of weight lifters and fitness enthusiasts, but the company's new reduced-fat, fat-free, whole and chocolate milks are supposed to have wide appeal. A Coca-Cola executive recently said the company would invest in making Fairlife into a major brand name that "would rain money."

As pop sales have waned and consumers have gravitated toward more healthful, less sugary products, the world's largest beverage company has diversified its portfolio, such as by selling vitaminwater, Powerade, and Minute Maid. The Atlanta-based company, which sells beverages in more than 200 countries, has entered into similar distribution arrangements with now-ubiquitous brands such as FUZE, NOS, Honest Tea, illy issimo, and Zico Coconut Water.

"Our vision for the nutrition beverage business and the milk product that I showed you - which is made on a sustainable dairy with fully sustainable high-care processes with animals - has a proprietary milk-filtering process that allows you to increase protein by 50 percent, take sugar down, and have no lactose," Coca-Cola North America Global Chief Customer Officer and President Sandy Douglas said, according to a transcript from seekingalpha.com.

"It's a milk that's premiumized and tastes better, and we'll charge twice as much for it as the milk we're used to buying in a jug."

She said Fairlife could have tremendous growth potential if it does as well as Coca-Cola's juice line, Simply, which is best known for its not-from-concentrate orange juice.

"Now to be clear, we're going to be investing in the milk business for a while to build the brand, so it won't rain money in the early couple of years," Douglas said. "But like Simply, when you do it well, it rains money later. And we can deliver with our business portfolio before the milk comes online to full profit."

Fairlife emphasizes sustainability and the treatment of its cows, including at its flagship farm in Fair Oaks just off Interstate 65. The business touts how cows are allowed to walk around freely in freestanding barns and how Fair Oaks Farms converts cow manure into energy and runs its milk trucks on compressed natural gas.

The milk that's reformulated to have more calcium and less fat comes from the massive agritourist farm at the Newton and Jasper county line, as well as dairy farms across the Midwest, New Mexico and Texas.

The new product has not been without critics — Stephen Colbert said on "The Colbert Report" TV show that "it's like they got Frankenstein to lactate." Skeptics also have questioned how strong consumer demand really is for a premium milk product, since the U.S. Department of Agriculture estimates milk consumption just fell to the lowest level since 1984.--Joseph S. Pete, The (Munster) Times