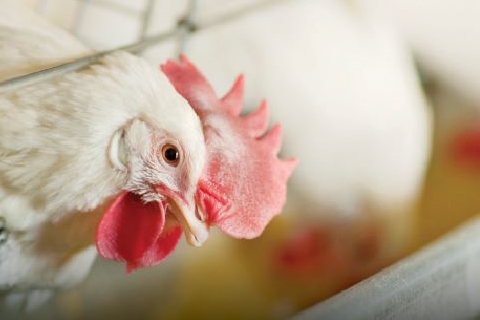 The egg is on a roll. It has never been more popular as a fast-food restaurant breakfast staple, and its appeal has broadened far beyond the day's first meal.

High demand has kept egg prices at record levels, even as production soars.

"A lot of it has to do with quick service restaurants offering breakfast now and many of them include egg whites and some whole eggs in their breakfasts," said Maro Ibarburu, associate scientist and business analyst at the Egg Industry Center at Iowa State University. The center researches egg production, processing and product development.

Eggs have gotten an additional boost from chefs increasingly using them in menu items not normally associated with eggs. The industry website restaurant.com predicted in January that 2014 would be the year of the egg when it surveyed menus across the U.S. and found egg-topped burgers and pizza. Chefs also worked them into salads and stir-fry dishes.

"At the end of 2013 we started seeing it on the burger — the fried egg or the juicy egg over cheeseburgers," said Tania German, director of marketing for the website. "As this year went on we noticed it on pizza and more Mediterranean dishes."

U.S. Department of Agriculture figures showed in a Nov. 17 report that use has grown to 261 eggs per capita, up 4 percent from 250 in 2011. The figure is expected to grow to nearly 266 eggs per capita next year.

The demand spike comes as producers are beginning to prepare for the implementation of a new California law that requires chickens to have more space in which to move. Producers selling eggs in the shell to California must comply with the law which for many means reducing flocks so each chicken has more room. Increasing demand and potentially smaller flocks are helping drive record prices, Brown said.

Egg prices have broken records each day for the past 10 days, Brown said. The Midwest price reached $2.18 a dozen on Monday, a new high.

Iowa excels at egg production because corn and soybean meal, the primary ingredients in chicken feed, costs less in the state that also is the leading corn producer and the second leading soybean grower behind Illinois. Feed is 65 to 70 percent of the total cost of egg production, Ibarburu said.

Exports also were increasing with shipments of eggs and egg products up 19.2 percent in September from the year before. Canada was the largest importer followed by Mexico.