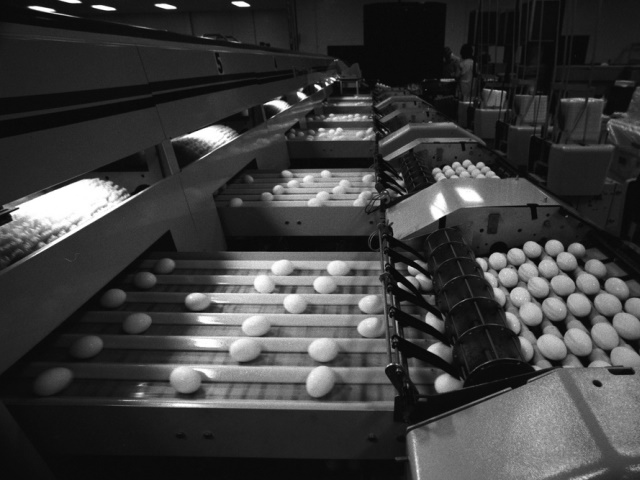 Iowa suspended its inspections of egg farms last year during the bird flu outbreak, and the state still hasn't resumed the routine checks.

The Des Moines Register reports state officials followed the lead of federal investigators in stopping inspections to help limit the spread of bird flu, which prompted the deaths of 48 million birds nationwide.

Critics say the roughly 2,000 salmonella illnesses that were linked to an Iowa egg farm in 2010 clearly show the need for inspections.

"This is jaw-dropping. I just don't know what else to say," said Marion Nestle, a professor of nutrition at New York University and an author of books on food safety. "The inspectors are turning up potential hazards. Why anybody would tell you with a straight face that suspending these inspections is no big deal is beyond my comprehension."

Lawyer Bill Marler, who represented more than 100 victims in the 2010 salmonella outbreak, said inspections are needed.

"Given the black eye Iowa's egg production got in 2010, it just seems shortsighted to suspend the inspections," Marler said. "It sends a completely wrong message to consumers."

But much of last year's bird flu outbreak was centered in Iowa, so state officials took a cautious approach. They worried about the small chance that inspectors might help spread the virus causing the bird flu when they inspected different egg farms.

"Even if it was a low chance of it moving around, the impact would be so devastating, and we don't want to add even a small amount of risk," Iowa Agriculture Secretary Bill Northey said.

Northey said the state plans to resume its inspections when the Food and Drug Administration lifts its own ban on them.

"I think the inspections are a good thing," Northey said.