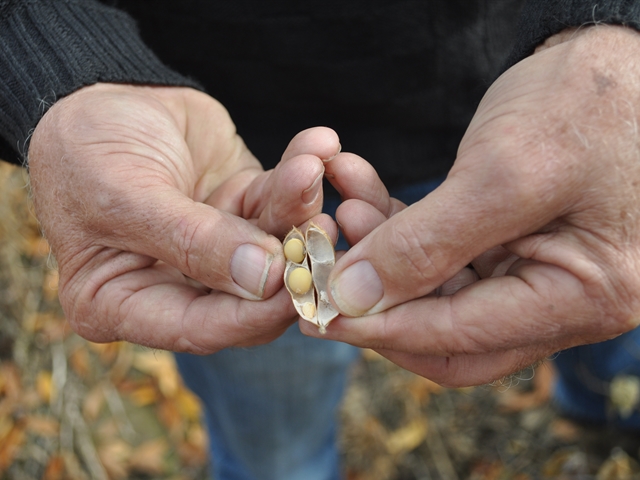 We talk to Jerry Gulke, president of the Gulke Group in Chicago, every Friday for our Weekend Market Report, but this week was a little different.

We visited with Gulke on Thursday at his farm in Rockford, Ill., where he was, like many farmers, watching the weather. He’d hoped to combine soybeans that day, but with forecasters predicting rain, he was keeping an eye on the skies and the markets.

“That’s part of the good news about this harvest,” he said, philosophically. “We thought we were going to blast it out of the field, and where were we going to find storage for it? But Mother Nature provided some delays that allowed elevators to catch up.”

Gulke, who said he’s about half done with his soybean harvest, said he expected his yields to be good, but not extraordinary.  “Our average is about 50 bushels an acre. I think we’ll beat our average, but the market hype had us believing we’ve got 70-bushel beans out here,” he said. “Well, we maybe had the pods and stalks, but when we started looking at the beans, there was some disease. Frost came and did more damage than we thought.”

However many bushels of beans farmers get, though, there appears to be ample export demand. “Soybeans were unbelievable” on Thursday, Gulke noted. “We’ve had soybeans as good as corn for week after week, and this week, we had over 2 million metric tons of soybeans this week—export sales. That’s twice what we did in corn, at a million. That’s  still a  lot for corn, so that’s huge in beans. Which means we’re selling this stuff. There are people and demand for our product, that may be the good news that nobody has talked about yet.”