John Phipps: Australia's Wildfires and the Impact on Agriculture

As wildfires in Australia continue to rage, it's having a major impact on agriculture.
( NASA )

Heaven knows we’ve had plenty of fun weather the past year here in the US, but I have been watching with fascinated horror the unfolding weather-related disaster in Australia. I was stunned last month when the Australia broke its all time record national average temperature on December 17 with a reading of 40.9C or 105.6F. 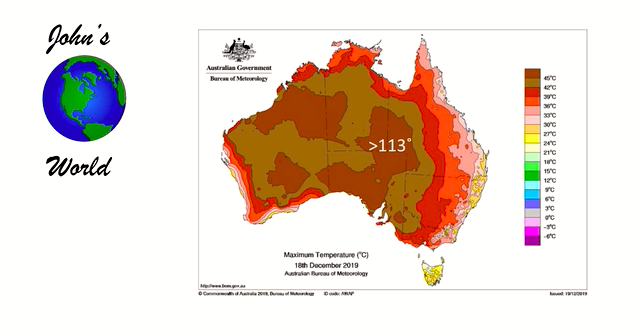 The next day that record was broken again by a full degree Celsius or 107.4F. That’s the average for an entire continent only slightly smaller than the continental US. With all the coastline of Australia to moderate the heat, how hot must the interior have been to generate that number? 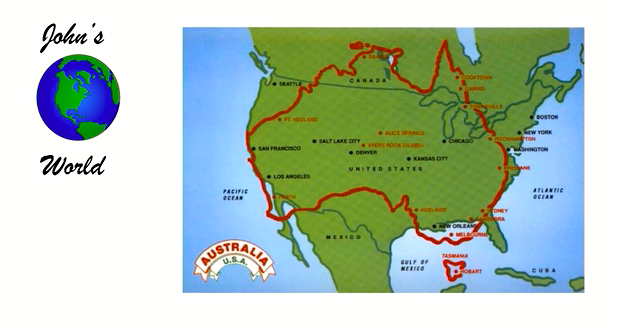 The heat was bad enough, but continuing drought, low humidity and winds up to 80 miles per hour have created frighteningly dangerous wildfire conditions in the south and east parts of the country especially. 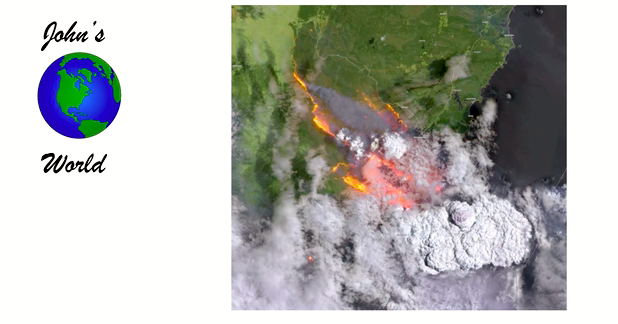 Those fires are raging now and have consumed more area than the California and Amazon fires in recent years combined. 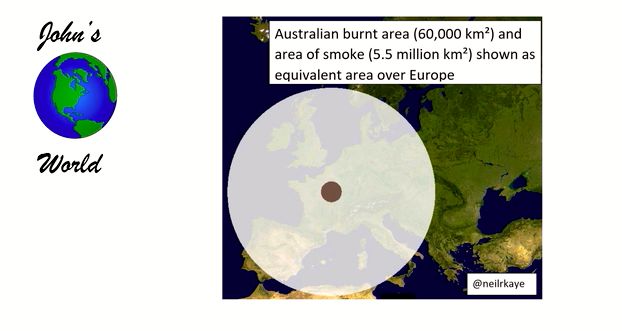 Superimposed over Europe, here is a map demonstrating the burned area and smoke extent. 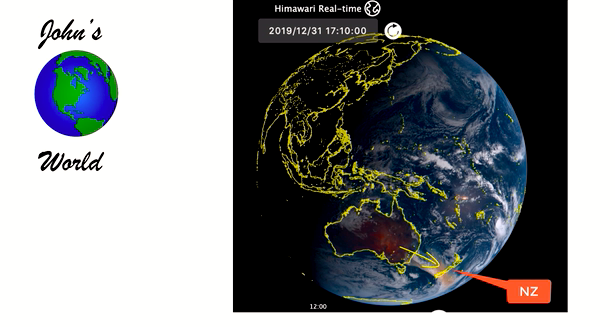 The smoke from the fires is clouding the skies of New Zealand, about 1500 miles away. In Auckland, police implored people to stop calling the emergency number because the sky was dark orange. 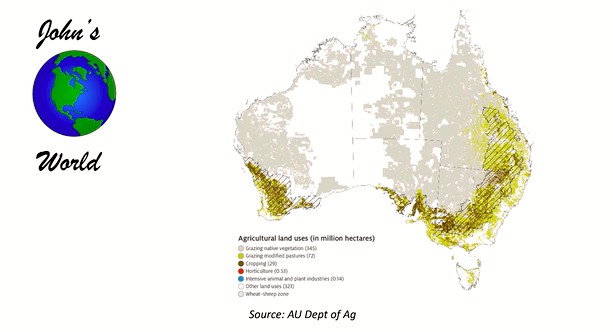 The southeast parts of New South Wales and Queensland are crucial not only for their largely coastal population, but Australian agriculture, as you can see from this map. Unusually warm ocean currents are one proximate cause of this heat wave, but the conditions are worsened by the driest spring on record. \ 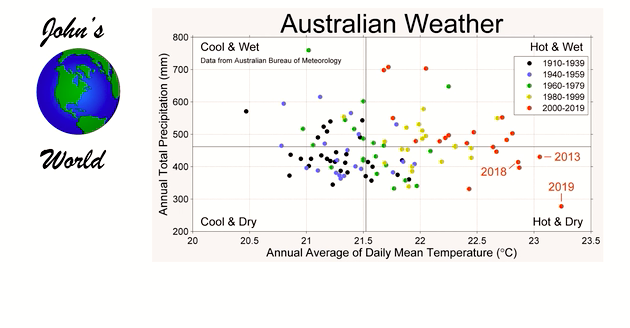 This graph shows the record combination of 2019 heat and dryness, with 2018 not far behind.  I’ll try to add some updates on this continuing catastrophe and its implications for this important American ally and ag competitor in future shows. 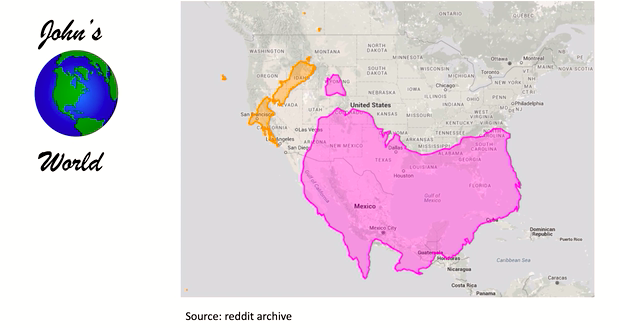 This is also a good chance to add some odd details we often forget about the Down Under.  In order to properly compare it to the US on a map it should be inverted as shown here. Remember there the north is the warmest part. Australia is also much closer to the equator as you can tell in the illustration when latitudes are matched up. 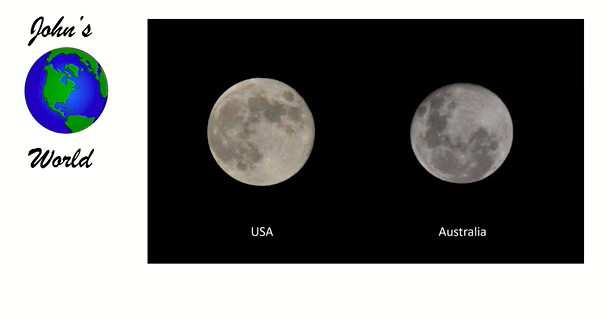 And one final Australia fact I just learned myself but should have known: they see the moon upside down from our perspective.