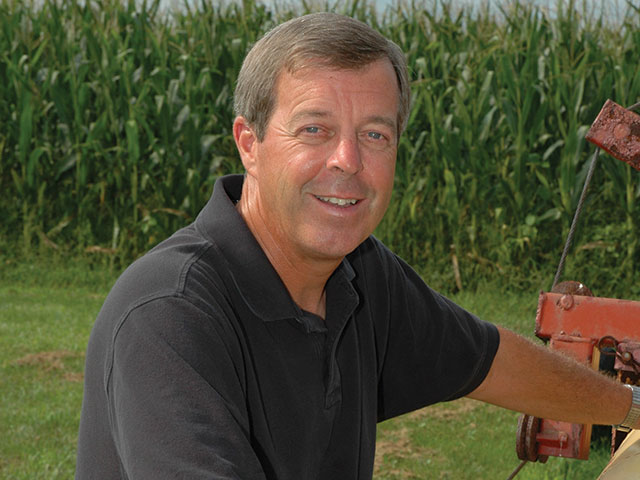 It was an underground movement. Maybe not subversive, but it was sure subterranean. In a few months we went from a manicured lawn with the occasional molehill heaped up as a curiosity, to a battlefield worthy of the Western Front. Piles of fine dirt appeared overnight. Sod gave way as underground tunnels twisted ankles and wilted flowers. The unseen enemy was clearly dug in for the long haul. It was the dreaded molar vortex.

How our yard become ground zero is a mystery. Common moles are solitary, and mate only once a year. Roll that around in your mind. First of all, moles are blind. Blinder than bats, it turns out. Bats can actually see a little, they just keep their eyes closed to avoid airsickness. (I read that on a cereal box, I think.) Now add in the fact moles live underground, away from other moles, and totally without a cell signal. Yet somehow they can get dates every year? Color a lot of bachelor farmers green with envy.

After one too many decimated gardens, Jan put her foot down—carefully—and demanded action. I tried some farm-store traps with no results, so we called in a professional mole-getter-outer. A young man mined our yard with dozens of simple traps one afternoon, chatting about mole trivia. The following day, he extracted four impressive specimens, none of which Jan would let me mount for display.

Living must be good in Phipps dirt because once we declared open hostilities, we bagged some sizable specimens. But the primal struggle between man and little-bitty beast awakened a powerful urge to personally experience the thrill of coil-spring versus blind rodent in all its ancient glory.

I am not an outdoorsy person. I work there and its charm has worn thin. But I had now tasted the primitive life of a hunter-gatherer, and it was a revelation to this (exceptionally) sedentary farmer. I discussed this with Alexa and Amazon sent some traps of my own. After several Band-Aids, I managed to set them in new tunnels that began showing up.

I studied mole lore, a body of knowledge that will fascinate any farmer or fourth-grade boy. For example, moles live primarily on earthworms, which should be a red flag to no-tillers. Because they don’t hibernate, and instead just chill and watch Netflix all winter, they have a way of keeping food fresh: Their saliva has venom that will paralyze, but not kill, the worms they stock up in their underground pantries. And, grossest of all, they first pull the earthworms through their claws to squeeze out dirt from their digestive tract. That, my friends, is a guaranteed conversation stopper at dinner. I can testify.

Wait—there’s more! In the northeast U.S. there is an alien-like mole that can identify and consume food in under a tenth of a second. That is three times faster than a 15-year-old with the last slice of pizza. Seriously, Google “star-nosed mole videos”—it beats cute puppy clips.

Trapping moles (or lawn-fishing, as I call it), is the ideal grandpa-child bonding experience. Who wouldn’t feel one with our primordial ancestors as you go up against the low animal cunning of a cunningly low animal? Their coats have omnidirectional fur, which makes them look well-groomed even after a hard day of lawn demolition. With enough pelts (~185), you can make a soft coat, which people actually used to do.

Oh sure, other hunters can sit motionless for hours in the freezing cold to skewer Bambi’s mother followed by downing excessive amounts of overpriced adult beverages. For me, sitting poolside, looking out over my trap-locating flags with a frosty Yoo-hoo can spawn haunting, but ever so manly, memories of the ones that crawled away. I become one with my prey in those moments, seeing our lives in parallel: spending our life mostly in the dark, clueless to the world outside, happily traversing our narrow ruts, until one day ... BAM!