John's World: You Can Forget How to Ride a Bike 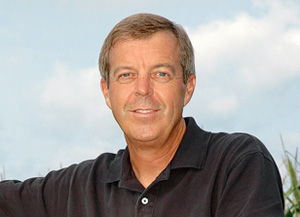 Due to some unexpected cultural trends, we are creating grandparents without giving the process the due diligence it deserves. The results are disturbing, to say the least.

To begin with, the average childbearing age for women is creeping upward due to careers, finances or badly mismanaged to-do lists. The separation of generations has stretched the 20 to 25 years per litter rule of thumb beyond our plans.

One unsettling consequence is when grandchildren do finally  arrive, we are not in the same vigorous decade as say, our parents or grandparents. Accordingly, we have events such as this: two mid-sixties babysitting three children who I will call One, Three and Five.

It seemed like a delightful idea, although we had enough prior trials to know it would not be a stroller ride in the park. One reason is the standards for good parenting have taken a quantum leap, which is to say they actually exist. Looking back at my medieval childhood, the key aspect seems to be benign neglect. My parents did not actually abandon us after the first few years, but they oddly seemed more focused on grown-up fads, such as food and shelter, than developing my core values.

Many of us enter this eagerly anticipated status with remembered skills that have either been eroded by decades of disuse or superseded long ago. Misled by the obvious fact our children survived, many new grandparents approach their duties with a sad underestimation of the difficulty of doing the job right
today. Childcare, we reason, is like riding a bike—you never forget.

This hypothesis is unsupported by any evidence, however. For example, during our tour of duty, One developed an atmospheric fug about him that nearly reached Superfund environmental status. I briskly gathered up the cheerful offender and prepared to display my legendary baby-changing skills.

Being of the generation of parents who invented the disposable diaper, I had no doubts whatsoever of my qualifications. When I plopped the babbling patient onto the changing table, he became suspiciously quiet, like a man on the operating table who has just heard his surgeon whisper to the scrub nurse, “The appendix is on this side, right?”

Things proceeded with reasonable alacrity until I began to tape the new diaper. As I struggled, One’s eyes grew wide with alarm and, locking his little body into a rigid flat-line position, he barked some important syllables I’m now sure meant, “It’s backward, moron!” I reversed the device, but I could tell his confidence was shaken.

While One’s eyes kept a keen watch on my every move after that, it was lunch that truly roiled the blissful
waters of domesticity. The instructed menu was helpfully detailed and eagerly anticipated. Things went smoothly until Jan set the sandwich in front of Three. He stared at the plate with a horror that verged on disgust as an appalled silence fell.

“Grandma! You cut it in squares instead of triangles!” Five shrieked. At this point, all the children exchanged meaningful glances of terrified realization: We are descended from nincompoops. By the time One had to help me buckle his car seat webbing, we had lost all credibility.

What we had failed to grasp was loosy-goosy parenting went out with double-knit suits, for pretty much the same reasons. When thirties and forties have children, they tend to have done their homework and are not relying on trial-and-error. There is a right way. Everyone involved knows the drill. And you, Rookie Grandparent, better learn what it is.

Oddly enough, while grandchildren might be leading more orderly lives, with reassuring routines laid out by more accomplished parents than the laid-back 20-somethings who raised our kids, at the same time grandparents are ossifying into their own comfortable ruts and rigid habits. Unfortunately, the overlap between these two lifestyles is minimal. So even if you do remember how to ride a bike, you’re handed a Segway.