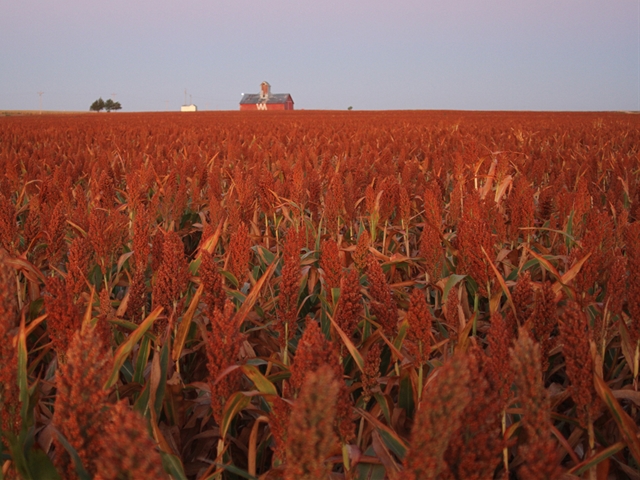 A government estimate of crop production shows Kansas farmers are bringing in bountiful harvests of corn, sorghum and soybeans this season.

The National Agricultural Statistics Service reported Monday it's estimating the state's corn crop at 581 million bushels, about 14 percent more than a year ago.

The agency said in its monthly update that Kansas farmers were getting a record average yield of 157 bushels of corn per acre.

Other major Kansas fall crops were also having a good season. Grain sorghum production is forecast at 188 million bushels. That is up 14 percent from last year.

Soybean production is forecast at 148 million bushels, up 13 percent from last year.