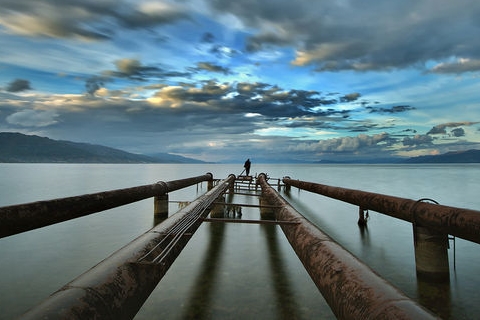 The House is poised to vote again to approve the Keystone XL pipeline -- this time with the promise of a Senate vote next week as Republicans and Democrats seek advantage in a runoff for the last undecided U.S. Senate seat.

During debate before Friday’s House vote on the last leg of the $8 billion pipeline, Republicans asserted that the project will add jobs while Democrats called Keystone a risk to the environment. President Barack Obama today said Congress should not “short circuit” the current administration review.

TransCanada Corp.’s Keystone became the first major topic for Congress’s lame-duck session after Democratic Senator Mary Landrieu, facing a Dec. 6 runoff in Louisiana, proposed a Senate vote on her bill to bypass a government review and approve the pipeline. Until now, majority Democrats had blocked a vote on a similar measure to circumvent the administration.

In Myanmar today during his trip to Asia, Obama said the review being conducted by the State Department should be allowed to go forward once a court case challenging the route across Nebraska is resolved. He dismissed Republican arguments that it will create jobs.

“I have to constantly push back against this idea that somehow the Keystone pipeline is either this massive jobs bill for the United States or is somehow lowering gas prices,” Obama said during a news conference in Yangon.

“Understand what this project is: It is providing the ability of Canada to pump their oil, send it through our land down to the Gulf where it will sold everywhere else. It doesn’t have an impact on U.S. gas prices.”

In an interview yesterday, Cassidy said Republican leaders acted because they were concerned that Senate Majority Leader Harry Reid would get “cold feet” and block a vote in that chamber.

“Do I think it’s cynical on their part? Absolutely,” Cassidy said regarding Senate Democrats’ decision to vote on the pipeline before the Louisiana runoff.

In the Senate, which has scheduled a vote as soon as Nov. 18, Landrieu said the pipeline would create jobs and boost U.S. energy security. Cassidy also defended the pipeline as a job creator.

Second-ranking House Democrat Richard Durbin of Illinois said earlier this week that the pipeline is “obviously an important issue” for Landrieu with the runoff coming up.

Representative Jared Polis, a Colorado Democrat, said in opposition that Congress is trying to “interfere with a highly technical review process.” That may not matter: Polis said backers don’t have the two-thirds support to override a potential veto by Obama.

The project would create thousands of construction jobs during two years of building, a total that will shrink to 50 permanent positions when the pipeline is operating, according to a State Department analysis.

Because the pipeline would cross the border from Canada, the State Department is required to assess the project. It suspended its review until a legal challenge in Nebraska over the route’s path in that state is settled.