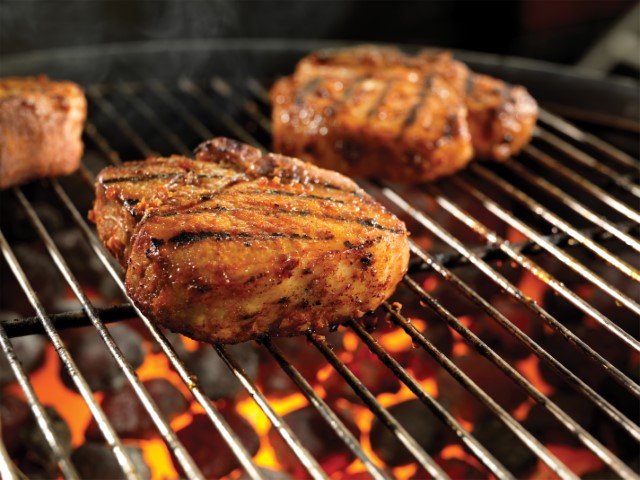 (Bloomberg) -- Cheap pork is here for American football fans firing up the grill for tailgate parties.

While meat costs in the U.S. tend to drop as summer wraps up, this year the declines are more pronounced. Wholesale pork has fallen to the lowest seasonally since 2009, which could bring down grocery-store bills.

Carnivores can thank a boom in U.S. production for cheaper grocery bills, with output expected to reach an all-time high in 2017. There are signs that prices will stay low. December hog futures are on pace for a third straight monthly loss, and hedge funds have lowered their bets on a rebound in five of the past six weeks.

American pork production is forecast to rise 3.6 percent this year, with even more meat coming in 2018, according to the U.S. Department of Agriculture. Beef and chicken output are also climbing as steady corn prices keep feed costs low for livestock producers.

In Chicago, hog futures for December settlement slumped 3.2 percent last week to 56.625 cents a pound, the biggest drop in a month.

Speculators aren’t showing much enthusiasm for a rally. Investors’ net-long position, or the difference between bets on a price increase and wagers on a decline, rose just 1.6 percent to 56,732 futures and options contracts in the week ended Sept. 19, according to U.S. Commodity Futures Trading Commission data released three days later. What’s more telling: the holdings are down 33 percent from this year’s high in mid-July.

Wholesale meat prices typically start to fall in mid-summer as buying for the grilling season wanes. Pork has tumbled about 30 percent from its July peak, and pork-bellies -- the cut used for bacon -- have dropped almost 60 percent. That could curb costs at the grocery store, when tend to lag wholesale declines. In August, retail bacon was a record $6.241 a pound. And while chops are down from historical highs, prices also ticked up at supermarket coolers last month.

U.S. pork processors are adding plants in the Midwest, and capacity may rise as much as 10 percent by mid-2019, according to a June report from CoBank, an agricultural lending cooperative based in Greenwood Village, Colorado. Hog-slaughter weights have been rising recently, which adds to production. The USDA is scheduled to release its latest figures on the domestic hog herd in a report next week.

One thing that meat eaters should watch out for: A rise in beef prices.

While wholesale costs for the commodity are heading for a fourth month of declines, investors are signaling they’re preparing for a turnaround. The cattle net-long position rose 5.3 percent last week to 86,652 contracts, the CFTC data show. That marked a second straight gain, the longest streak since the end of May.