Machinery Pete: Highest Auction Price on a Combine – Ever

On a Dec. 12, 2019, online dealer auction in central Minnesota, Machinery Pete saw a combine sell for the highest auction price — ever.
( Machinery Pete )

So, what was the reaction when I blogged about the new record combine auction price of $396,000? For many it was: “Wow, what a steal! That’s way off price of new one.”

Sure, it is, but nearly $400,000? That’s super strong from the lens I’m looking through, yet not surprising as it falls squarely in one of the two hot spots in the current used combine and tractor markets:

Check out what a few very nice condition, low hour combines in the 8-to-10-year-old range sold for at auction in early December 2019: 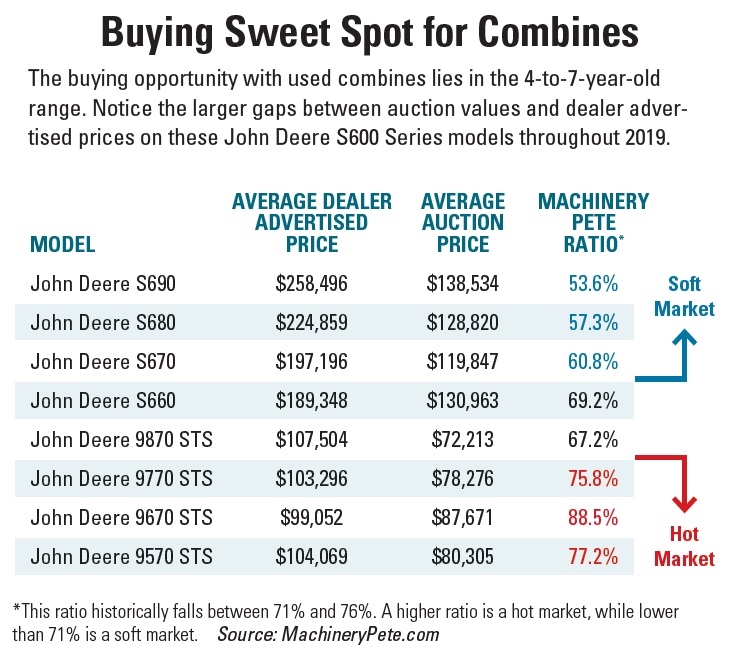 Greg Peterson is the most trusted name in farm equipment. Visit MachineryPete.com, for his latest analysis as well as equipment listings from dealers and equipment for sale at upcoming auctions.