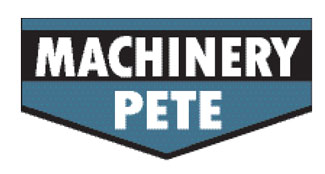 Let’s saunter back in time and talk tractor values. Indeed, the cost of new tractors has gone up over time. But what about used tractor values?

I offer my auction data as a bread crumb trail to effectively evaluate used values. To see how used tractor values have tracked at auctions, I’ve pulled data on five-year-old John Deere 7800 and 7830 models that sold at auction from 1998 to 2014.

The data shows five-year-old tractors have doubled or tripled in value during the past 15 years.

Let’s change the parameters and look at John Deere 7800 and 7810 models regardless of age to see how they have depreciated or appreciated over time. (See the table below.)

Simple math and human nature are at work. Consider Tier 4 engines and an aging farmer demographic favoring a simpler machine.

If you know what five-year-old tractors are going for, and you know Machinery Pete data shows nice tractors 10 years or older draw increasing buyer interest, what can you do? Buy low and sell high. That’s a strategy that never goes out of style.