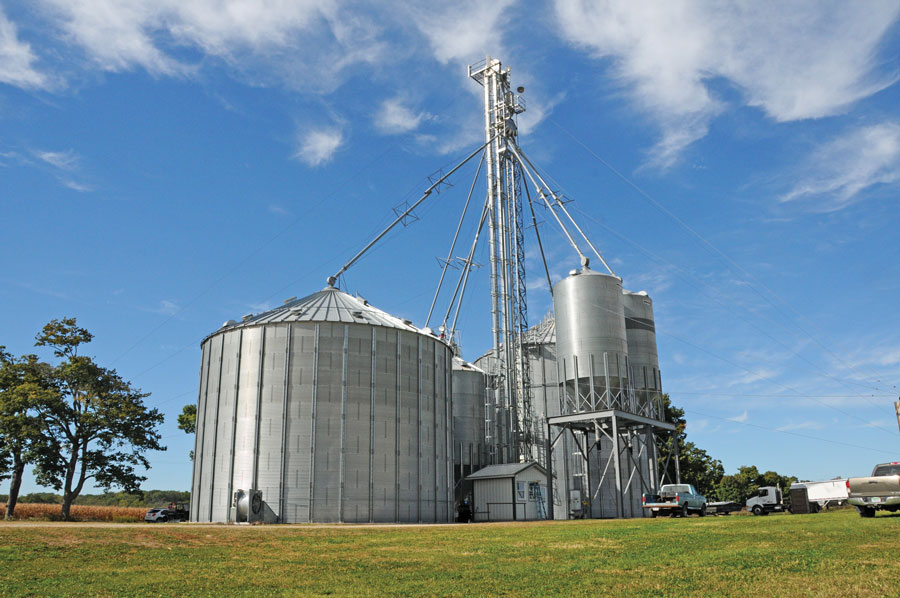 If you’re one of the many farmers storing grain on-farm to hold out for better prices, make sure you don’t fall in the out-of-sight, out-of-mind trap. One misstep could be the difference between delivery and dumping.

Mechanical damage, molds, insects and spoilage have the potential to rob real dollars. In addition to managing temperature, airflow and overall environment in storage, it’s critical to maximize your pricing opportunities.

Splits, cracks and other mechanical damage caused by the combine and grain moisture levels increase the potential for problems. The more splits, the easier it is for insects to access and for molds and spoilage to occur, especially in soybeans, says Kenneth Hellevang, North Dakota State Extension agricultural engineer and professor.

Whether the crop dries down in the field or in the dryer, soybeans should enter long-term storage at 13% moisture or less, and corn at below 18% to minimize future issues.

If you’re one of the farmers storing the 787 million bushels of corn and 87.9 million bushels of soybeans on-farm from the 2016 season, avoid mixing with 2017 crops. This will confine any insects or diseases to your old crop, rather than jeopardizing the quality of both.

Manage your grain in storage by checking moisture, internal temperature/aeration, insects and mold, and make adjustments as needed. How you manage the first year of storage greatly affects the grain’s chances of a good second year in the bin.

“Moisture is your No. 1 consideration,” says Charles Hurburgh, Iowa State University Extension engineer. “Decide ahead of time if you want to store grain for a long period—it might mean you take moisture levels lower than what you get paid for, like 13%, to increase shelf life.”

Store corn at 15.5% moisture in the winter and between 13% and 14% in the summer, Hellevang says. More than 70% relative humidity of the air within the grain encourages mold growth, and insect activity can increase when temperatures in the storage facility are above 60°F.

The temperature outside tells you when to use aeration tools to cool grain. “Fall, from an aeration and temperature standpoint, is the most important time of the year,” Hurburgh says. “Don’t try to store without aeration.”

Use fans and aeration to cool grain when the temperature outside is 10°F to 15°F higher than the internal temperature, recommends University of Nebraska Extension. During the winter, keep grain from 25°F to 30°F in northern states and at least 40°F or cooler in southern states.

Make sure you consider dew point and relative humidity before aerating. If there is excess moisture in the air it could warm up grain rather than cool it as intended.

“Measuring the temperature in the bin is critical,” Hurburgh says. “Temperature cables are an option—a bare bones thermal cable will cost between $3,000 and $4,000.”

For additional grain monitoring resources, see the table below. Even as small as a 3% to 5% increase in temperature is cause for concern. “Something made that temperature go up—mold and insects generate heat, for example,” Hurburgh explains.

In many cases farmers don’t worry as much about insect damage in corn and soybeans because they’re not held to food grain standards—but that doesn’t mean you should forget about the possibility of pests. Watch for pockets of heat, which could be insects clustered together to survive cold winter months. Keep the temperature on the low side to ward off an infestation of insects.

If you identify a change in temperature due to mold, immediately adjust temperature and moisture—the two factors that likely helped molds grow.

“Almost all storage guidelines are built on mold properties,” Hurburgh says. “Dry grain quickly after harvest, and keep it dry and cool.”

Grain bags and piles require a different management approach. Many recommendations focus on grain bin storage—where farmers have more control. Understanding what happens before grain is put in bags or a pile is critical for these alternate forms of on-farm storage.

Like much of farming, your storage strategy also depends on location. If you’re in an area where it’s more humid you’ll need to manage differently than in a dry climate. The same is true with rainfall and temperature.

“You invest a lot of time studying inputs like seed and chemicals, but sometimes not in drying and storage,” Hellevang says. “It makes sense to invest as much or more time in storage to make sure you can maintain the grain we worked hard to produce.”