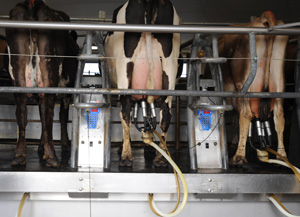 Production per cow in the 23 major States averaged 1,959 pounds for March.

The average number of milk cows in the United States during the quarter was 9.22 million head.