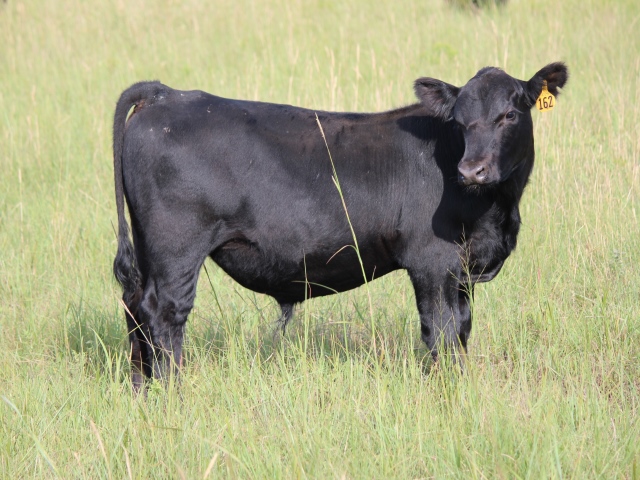 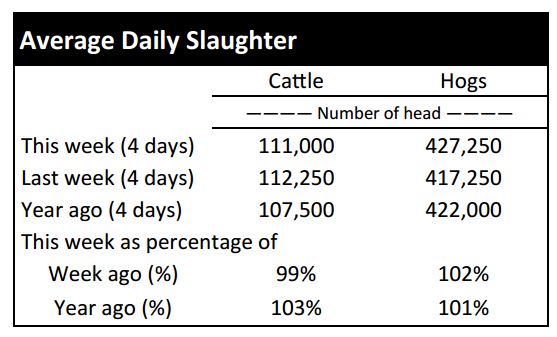 Live cattle prices are hitting the summer wall and hitting it hard. Cattle feeders continue to pull cattle forward due to the deep discounts represented on the futures market which provides little incentive to continue growing animals to heavier weights. This corresponds to a time when live cattle prices seasonally struggle as calf fed animals are coming off feed in large numbers.

Packers have fear of the beef cutout price collapsing during the summer heat which is a valid concern while cattle feeders continue to take punches to the gut as margins get cut to barely above breakeven. Live cattle prices will likely struggle the next couple of months as hot temperatures set in and cattle are pulled forward. Replacement cattle may be fairly inexpensive though.

The biggest advantage for packers is the willingness of feedlot managers to sell cattle given the discount in live cattle futures which is pricing in lower finished cattle prices the next several months. The retail sector has been featuring beef items for Father’s Day which has likely supported cutout prices. It is evident that the demand remains strong for Choice meats as the Choice Select spread remains extremely wide even by historical standards.

There is a good possibility that cutout prices have begun their inevitable summer price decline this week. There are several summer grilling holidays still to come, but there will be a transition by consumers from middle meats to ground and processed products. Thus, the market will wait and see what happens with loin and rib prices as well as 90s and 50s ground beef.

The price decline resulted in the value of steers declining about $70 per head from the previous week while heifer values declined $35 per head. This week’s situation was not good from a selling standpoint, but it was advantageous for buyers trying to secure cattle for summer grazing programs and for feedlots looking to fill vacant pen space. Buyers are even more excited about the fact that the capital outlay to purchase an animal is much smaller than one year ago.

A similar story can be told concerning heifers. The question for cow-calf producers is if they can be profitable at the current price level. A 550 pound steer had a total value of $767 this week while a 750 pound steer had a value of $922. Maybe a better question is if cow-calf producers can be profitable at even lower prices than what was experienced this week. The expectation is for calf prices to bounce back from this low, but a small resurgence in price is not going to answer the questions raised.

Producers must begin managing costs and managing costs is not to just stop spending. Rather, producers are encouraged to evaluate the management practices that have the greatest return on investment and spend money on those practices that return the most for each dollar spent. One example is to castrate and implant calves, but producers are encouraged to do a thorough analysis because margins will continue to tighten.