Cattle feeders continue to pull rabbits out of the hat as they find ways to push live cattle prices higher. As soon as one might think prices will break and soften or at a minimum be steady with a weak ago, feedlot managers are able to squeeze a couple more dollars out of packers. The ability to squeeze a few more dollars out of packers has resulted in steady to stronger margins for the feedlot industry, but has pressured the packing industry into red ink on the bottom line. How long feeders can continue to rule over the packer is unknown because the seasonal leverage shift that normally occurs has been anything but normal, and it has been one sided for the most part. 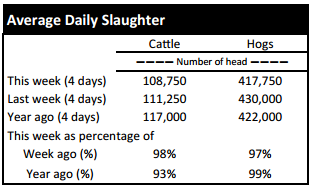 The market continues to give the packing industry fits. Though gains were made in the Choice cutout, packers are finding it difficult to move product at higher prices. Seasonality is playing into the uptick in Choice beef prices as retailers are gearing up for holiday beef sales as is somewhat represented in the widening of the Choice Select spread. However, packers are pressured on the front end purchase of live cattle as feedlot managers continue to hold steadfast for higher money.

Packers are showing resistance to paying higher prices, but they have orders to fill and feedlot managers are willing to feed cattle a little longer if the price is not satisfactory. The packer has little to no leverage in the marketplace, and there is no indication of the leverage shifting from the feeder at this time since cattle numbers are tight. The Choice cutout is expected to press forward and be supported by holiday purchases. However, as soon as holiday purchases wrap up then the Choice cutout could come under serious pressure. 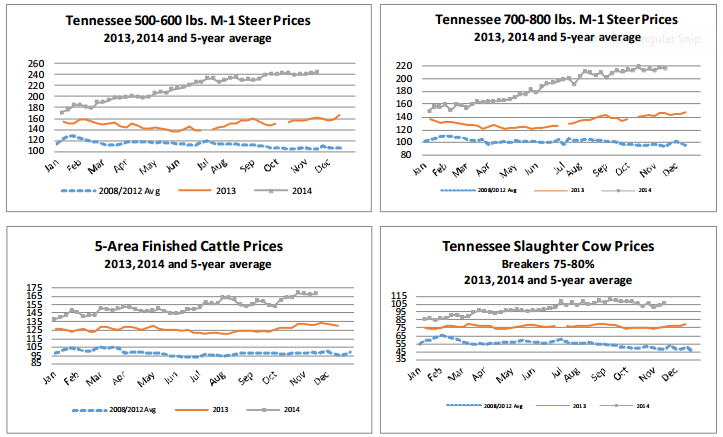 OUTLOOK: Cattle producers are actively weaning calves and hauling them to town. Many of these calves are green and will be high risk especially with the large swings in temperature. Stocker producers and feedlot operators are willing to pay higher prices for low risk cattle that have been weaned and have some health management behind them. It could pay cow-calf producers to consider adding value to calves by weaning and providing clostridial and respiratory vaccinations.

Additionally, some producers may need to defer income into the next year and alternative management strategies may provide that opportunity. Producers are encouraged to evaluate different marketing strategies provided the available resources. For instance, depending on forage availability and current year income, producers may find it advantageous to market some calves now and some after the first of the year. An example may be for a producer to market heavier steers before the end of the year and continue to grow lighter weight calves and market at a later date. Additionally, the correct decision may be to market all of the steers now and continue to grow heifers until a later marketing date. This is not an exhaustive list of alternatives, but they are a couple of alternatives worth considering to maximize the total value to the operation.

There are few if any signs of weakness in the calf and feeder cattle markets. The only market factor working negatively against feeder cattle is the uptick in corn prices the past couple of months. However, the increase in grain prices has not seemed to have as large of a negative impact as in years past. There are too many factors supporting the anticipated short supply of cattle and beef for feed prices alone to override the steady feeder cattle market. Market prices continue to encourage increased management of calves before entering a feedlot and this increased management will either take place on the cow-calf operation or stocker producers will look to capitalize on mismanaged calves. Regardless, feedlots are hesitant to take the risk on $1,800 to $1,900 per head animals.