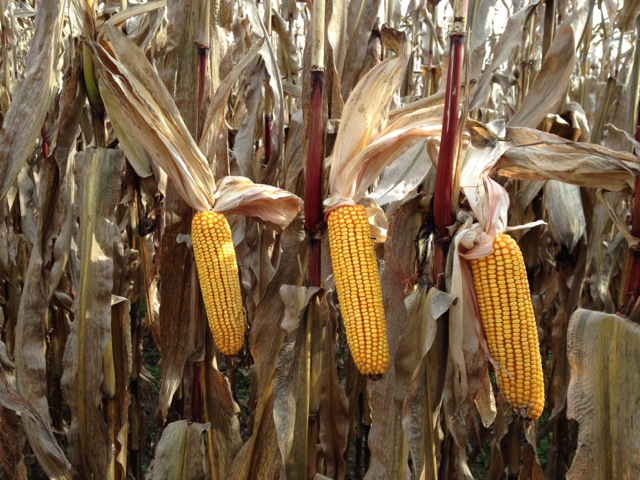 The prospect of record crops prompted the Food and Agricultural Policy Research Institute (FAPRI) at the University of Missouri to lower its September projections for average farm corn prices to $3.50 for 2014/15, soybean prices to $9.92 per bushel and all wheat prices to $5.91. Figures are lower than those in FAPRI’s August update of its annual long-term baseline.

The prices are near the midpoint of ranges reported in October in USDA’s World Agricultural Supply and Demand Estimates. FAPRI’s long-term prices are largely unchanged.

Keep in mind these are annual estimates and prices during the year might offer producers marketing options above breakeven, cautions Pat Westhoff, director, FAPRI. Corn prices, for instance, could be $1 per bushel above or below these averages depending on how key variables play out, he notes. By 2015/16, corn prices are forecast to rise 30¢ to $3.80 per bushel Prices average $4.10 from 2016 to 2018.

Dairy Prices Look to Soften for Near Term

Global dairy markets have fallen to two-year lows over the past six months, with milk powder prices down 45%, butter down 40% and cheese down about 25%.

On cheese and butter, the good news is that strong domestic prices have buoyed milk prices to near record levels this past summer. The bad news is that these prices are not sustainable if the U.S. hopes to remain export competitive.

Skim milk powder is just the opposite. U.S. exporters have been willing to follow the global market slide. That’s bad in that these lower prices mean fewer dollars in farmers’ mailboxes, particularly in markets with high Class IV utilization. But at the same, it’s good that exporters have matured to the point where they are willing to take lower prices to maintain market share and customer loyalty.

“We will not see an all-out collapse. It will not be another 2009, but prices will soften in 2015,” says Alan Levitt, vice president of communications for the U.S. Dairy Export Council (USDEC). Yet long-term, global dairy trade will expand.