by University News Release
10:36AM Aug 05, 2014
BT Heifers Angus Flint Hills
( Wyatt Bechtel )
Increased heifer retention is having an impact both on the fed cattle market and at the packer.

The fed cattle market seems to be in a state of flux as futures traders sold off contracts late in the week while the cash market was fairly steady. Most of the news coming from the cattle on feed report and July 1 cattle inventory report released last week supports a bullish fed cattle market.

Cattle slaughter rates have slowed significantly compared to last year, and the heifer slaughter rate supports the idea that cattlemen are attempting to expand cattle herds. The reduction in the number of heifers entering feedlots has further supported fed cattle prices, and it will continue to do so. That is because the retention of heifers means tighter feeder cattle supplies with the tightest supplies still likely on the horizon. 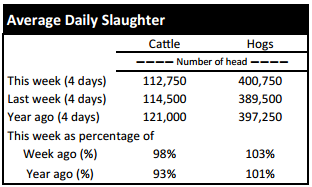 The most recent run-up in beef prices occurred during a period when beef prices are normally struggling through the dog days of summer. However, a short supply of cattle domestically and strong export demand has supported beef prices, and will continue to do so for the foreseeable future. 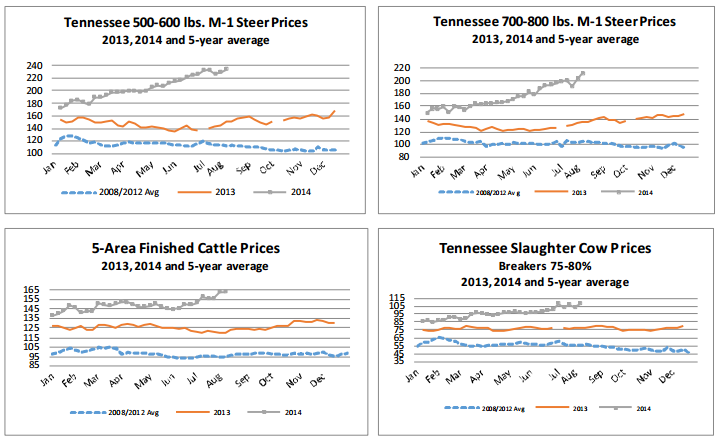 OUTLOOK: It is widely understood that prices throughout the cattle complex are near record high prices or are continuing to set record high prices, and there are only so many times a person can say that and it resonate with readers and listeners. However, record prices at the cow-calf producer level have major implications on profit potential for subsequent stages of production.

Many operators in the cattle business are margin operators including stocker producers, backgrounders, feedlots, and packing facilities. Thus, profit potential of the margin operator hinges greatly on the cost of securing animals and the value added to the animal.

Many of the margin operators have been faring well the past 12 months even though the financial risk they face has been skyrocketing due to the steady increase in cattle prices. Though they have been witnessing steady profits, cattle prices will begin to slow at some point.

Live cattle futures on the December contract have been trading in the neighborhood of $156 to $159 which does not cover the cash cost associated with feeding and finishing cattle. The implication is that feedlot managers may have extremely thin margins or negative margins for the cattle currently being placed on feed. However, it appears feedlot managers are willing to continue paying strong prices for cattle ready to enter the feedlot as cattle supplies remain limited and will be limited the next several years. Producers will likely be looking at steady money the next several months.