Maui Voters to Decide Whether to Ban GMO Crops 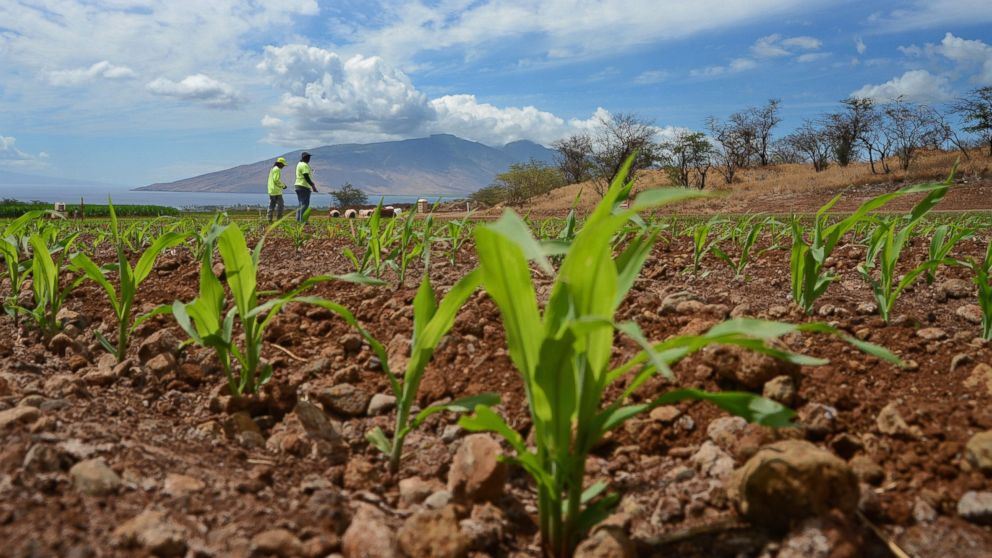 Dozens of Maui mothers are going door-to-door to urge voters to back a ban on the cultivation of genetically engineered crops because they think they are unsafe.

A group backed by companies growing the crops counters with ads playing heavily on the airwaves that urge rejection of what they are calling the "farming ban."

The dueling campaigns over a Nov. 4 ballot measure that would prohibit the growing of genetically modified organisms until studies show they're safe isn't just a local issue in a county of only 160,000 residents in the middle of the Pacific Ocean.

Experts say the ban's effects could ripple across the nation because some of the world's largest corn-seed producers research and develop new varieties of genetically engineered seeds at their farms in the county.

"It's not going to stop it, but it will slow it down," Lamkey said. The companies will "adapt. I mean, there will probably be workarounds for this that may or may not cost more money and may or may not raise the cost of goods to our farmers."

About 90 percent of all corn grown in the U.S. is genetically engineered and has been developed partially at farms in Hawaii.

There has been little scientific evidence showing foods grown from GMO seeds are less safe than their conventional counterparts. But fears persist in Hawaii and elsewhere.

In the islands, those concerns are compounded by worries about the companies' use of pesticides.

What's at stake is whether corporations can "come in here and run our island as a chemical experiment where they ship out the profits and we have to deal with the pollutants?" said Mark Sheehan, a leader of the anti-GMO group behind the ban.

Monsanto has a farm each on Maui and Molokai islands. Dow AgroSciences has one on Molokai through its unit, Mycogen Seeds.

Passions are strong on both sides. Activists squabbled and taunted each other this month at the Maui Fair, normally a sleepy event featuring carnival rides and livestock exhibitions. Fair organizers told The Maui News activists tagged fair banners and signs with bumper stickers.

Sheehan said his group, the Sustainable Hawaiian Agriculture for the Keiki and the Aina Movement or SHAKA Movement, has been holding community meetings. About 30 mothers have also been going to people's homes in the beach resort town of Kihei, Sheehan said.

"I think about 600 doors a day, they're knocking on. These are not paid employees," he said.

Monsanto referred questions on the issue to Citizens Against the Maui County Initiative, which was formed to campaign against the measure. Dow AgroSciences didn't immediately return a call seeking comment.

But Tom Blackburn-Rodriguez, a spokesman for the Citizens Against the Maui County Initiative, said he was handling queries for both companies. He said neither wanted to be interviewed until after the election when "the situation will be clearer and there will be more time to address any questions."

One of the group's TV spots features a senior citizens' club president warning of hundreds of job losses. Another shows a former county councilwoman discussing the financial burden the county would shoulder to enforce any moratorium.

It's not clear which side will come out ahead on Election Day, but the initiative could trip up Monsanto and Dow AgroScience's global research pipelines if it passes and isn't blocked by a legal challenge.

The companies, like several other multinational giants that develop seed corn, conduct part of their research in Hawaii because the year-round warm weather in the islands allows them to grow three to four crops per year instead of just one.

This allows them to move their research forward by two to four generations a year instead of the one generation they would get in most places on the U.S. mainland. Working in the U.S., instead of a warm place in another country, meanwhile, allows them to develop seeds under strong U.S. patent law protections.

Both companies have operations in other Hawaii counties, which should enable them to maintain some development in the islands. But the cultivation of genetically engineered crops is under siege in other counties as well.

Kauai County earlier this year passed a law regulating GMO crops and pesticide use. A judge blocked its implementation saying federal law pre-empts local law on the issue. The case is currently before a federal appeals court.

The Big Island this year adopted a GMO crop ban with some exceptions. This law is also being challenged in court.

Sheehan said the issue won't go away even of the voters reject the initiative.

"Just by pointing it out, we have raised an issue that has been buried here for a long time," he said.