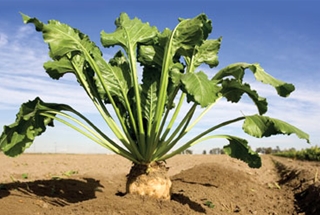 But Michigan Sugar vice president Paul Pfenninger tells The Bay City Times: "We think we're up to the challenge."

The beet harvest is known as the "slice" and is projected at 30 tons per acre, about four tons better than average. The harvest typically runs into March.

Michigan Sugar has factories in Sebewaing, Caro and Croswell, and piling stations in many more communities. About 900 growers produce an acre or more of beets.