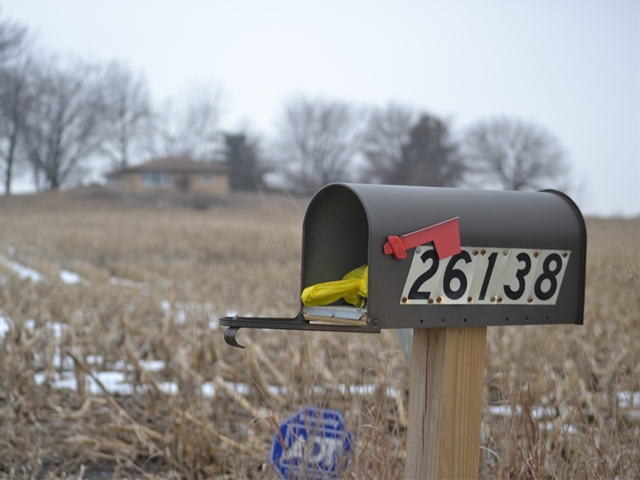 This farmstead served as the headquarters for a ring of international thieves bent on embezzling U.S. seed.
( )

A naturalized U.S. citizen from China entered a plea agreement with federal prosecutors Wednesday, admitting he participated in a conspiracy to steal seed corn from U.S. companies.

Mo Hailong, a lawful and permanent resident of the United States, was living in Florida when he was arrested in December 2013.

He is accused of traveling to the Midwest to work with other employees of Kings Nower Seed, a subsidiary of Beijing-based DBN Group to take corn seed out of fields in Iowa with the intent of shipping it to China so scientists could attempt to reproduce its genetic traits.

In the plea agreement, Mo admits that he conspired to steal trade secrets from DuPont Pioneer and Monsanto.

He is the only one who has been prosecuted for conspiracy. Five other Chinese nationals working with Mo fled the country. Charges were dropped last year against his sister, who is married to DBN's billionaire CEO, and she was allowed to return to China.

Mo, 46, who goes by the name Robert Mo, will be sentenced later in Des Moines. He had faced 10 years in prison on the charges but the government agreed to seek no more than five years.

His attorney Mark Weinhardt said Mo recently completed treatment for a rare and aggressive cancer "and his health is his paramount concern. Robert and his family are relieved that they can avoid the strain of a long and complex trial."

Mo "looks forward to getting this matter behind him and moving forward in life with his wife and children," Weinhardt said.

He has lived in the U.S. for nearly 20 years, and his wife and children are U.S. citizens.

The plea agreement indicates Mo will give the government farms near Monee, Illinois, and Redfield, Iowa, used in the operation of the conspiracy. It also said that he also acknowledges he may be immediately deported from the U.S. after he serves his prison sentence.

The investigation began two years ago when DuPont Pioneer security staff in Iowa detected suspicious activity including Chinese men crawling around in cornfields. They alerted the FBI, which began an investigation that included planting GPS monitors on rental cars and tapping cellphones of some of the men.