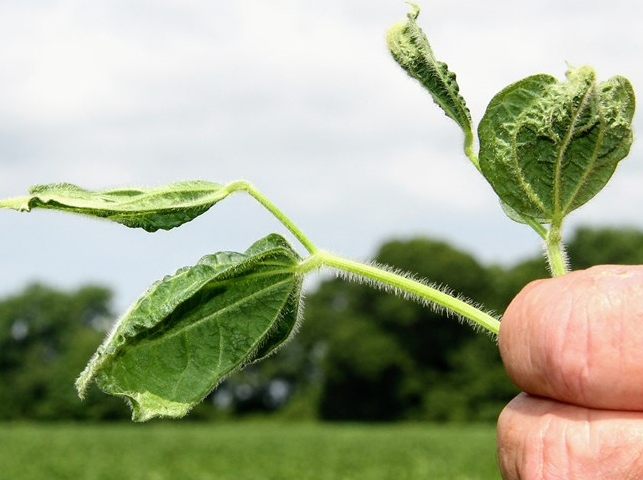 Thursday Monsanto petitioned the Arkansas Plant Board to reject the Arkansas Dicamba Task Force’s recommendation to ban spraying dicamba products after April 15. The company says this ban and others passed by the state don’t stand on sound science and are influenced by bias.

“What we saw was a recommendation not based in true science or in fact,” says Scott Partridge, Monsanto vice president of global strategy in an interview with AgWeb. “For the state of Arkansas to ban our product [referring to the total ban on Xtendimax and FeXapan this past season] and to take it out of the hands of farmers caused problems with off target movement from off label use of older formulations.”

Monsanto says in its petition that the Task Force’s recommendation should be rejected for these reasons:

The Plant Board indicated the lack of research from the University of Arkansas was a factor in the 2017 ban and the proposed 2018 ban.

"We didn't recommend a ban forever, but a ban for the 2018 crop to perform more testing," says Shawn Peebles, member of the Arkansas Dicamba Task Force and organic farmer in the state. "We expect to see University to perform volatility testing next year."

Monsanto’s Partridge says Extension didn’t test the product for volatility because the VaporGrip element wasn’t discovered until later in the process and the company needed to move quickly.

“There is no regulation that requires academic testing,” Partridge adds. “It’s being done now.”

The company says there is a 99% success rate with the product, excluding Arkansas, and that the 1% with problems were the result of self-reported violations of the label.

Dicamba Task Force members disagree with the allegation that there was bias and lack of science in their recommendation.

"I feel the research was done correctly and the Extension researchers weren't pushing any specific product," Peebles says. "As far as bias, there was nothing presented to the task force that showed a bias for another product."

The Arkansas Plant Board is aware of and has received the petition from Monsanto and will review it in their September 12 Pesticide Committee meeting and again September 21 at the full State Plant Board meeting.

“Board members are working diligently to review all dicamba-related recommendations and research to make the best decision on possible rules and regulations for dicamba use in 2018,” according to the Plant Board statement.

*This article has been updated to include quotes from Arkansas Dicamba Task Force member Shawn Peebles.

9/8/17 Monsanto Petitions Arkansas
Tags:
Arkansas
Science Experiments
Some Areas Too Wet, Others Too Dry
The Role of Veterinarians and Nutritionists as Consultants for Dairies
Are All Bets Off for Phase One Trade Deal with China?
Jerry Gulke: Letting Time Pass May Pay Dividends