Monsanto Speaks About Offer for Syngenta 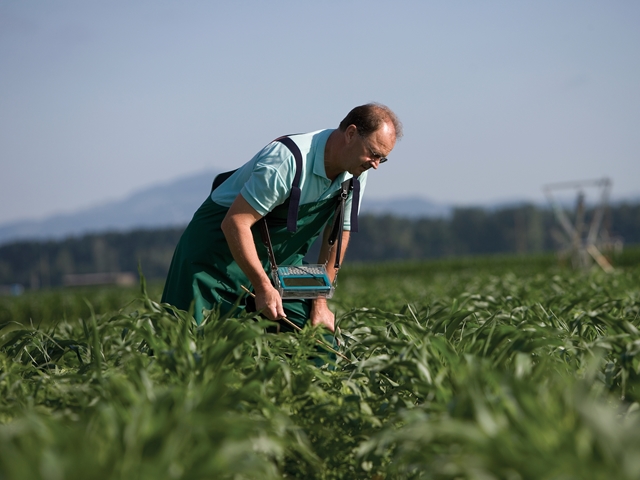 You’ve probably heard by now that Monsanto approached Syngenta with a $44.5 billion offer to acquire the company. Syngenta turned them down, stating Monsanto undervalued the company and regulations create execution risks.

“We feel very strongly this is a deal that can be done and we will continue talking,” says Brett Begemann, COO and president of Monsanto.

In recent investor presentations, Begemann and Kerry Preete, executive vice president of global strategy, spoke with BMO Capital Markets and Goldman Sachs to share the rationale behind the potential purchase.

“At the end of the day it comes down to putting these portfolios together,” Begemann says. “Drive it [innovation] faster—more connectivity between chemistry and biotechnology.”

Both companies are strong players in the agricultural market—Monsanto touts a large seed business while Syngenta is a leader in crop protection.

Syngenta integrated seeds and chemicals in 2011, a model Monsanto might use if the acquisition occurs. The buyout is intended to marry these aspects of the industry in research and development.

However, combining these portfolios comes with regulatory hurdles.

“The Syngenta Board’s rejection of the Monsanto proposal was made in full knowledge of everything they have announced today. The regulatory hurdles are more challenging than implied by the [Monsanto’s] announcement,” says Paul Barrett, head of media relations, Syngenta International Ag.

If the buyout happens, Monsanto will need to divest several Syngenta assets and possibly some of their own.

“Our intention is to sell the seed and trait aspects of Syngenta as well as overlapping chemistries,” Begemann explains.

Syngenta’s seed business includes NK, Golden Harvest, AgriPro, Phoenix, Catalyst and Innotech, which had approximately $3.086 billion in combined sales in 2014. Monsanto has started discussions with possible buyers of Syngenta’s seed assets, which could be sold for $6 billion to more than $8 billion.

If the acquisition occurs, it will take a long time to completely integrate the businesses, says Garrett Stoerger, Partner at Verdant Partners LLC, a strategic consultant for business mergers.

Stoerger believes the buyout could be possible with the sale of Syngenta’s seeds and traits business. The conversation might come down to strategy—how will farmers respond to the acquisition?

“The general perception is that fewer competitors will result in higher input prices,” Stoerger says. “In a transaction that is based upon efficiency and integration, I don’t see price increases as a necessity.”

For the past 25 years, seed companies have been evolving and expanding. Rumors about a large merger in the crop agribusiness sector have been circulating for a long time. If this happens, it could potentially lead to more mergers.

“I would speculate in the immediate term there would be an increase in transactions,” Stoerger explains.

This could come from divestments of the Syngenta business unit and from other companies that desire to be more competitive in a bigger marketspace. When one company increases in size and efficiency other companies tend to follow to enhance profitability and remain competitive.