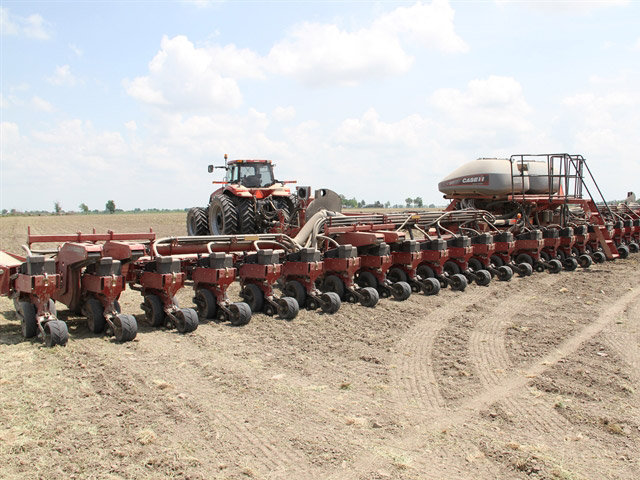 Farmers may be worried about the multibillion-dollar deals transforming the agriculture industry, but independent seed companies see the consolidation as an opportunity.

Plenty of customers will ditch the big-name brands because they want more personalized service and products developed for local soils and climates, according to Sonny Beck, the 75-year-old head of Beck’s Hybrids, the largest independent seed retailer in the country.

“Consolidation always opens up the market,” said Myron Stine, the 44-year-old president of Stine Seed Co., the largest closely held seed wholesaler in the U.S. “I don’t care if it’s only 10 percent of the market that says: ‘OK, I don’t like this consolidation. I want something different.’ For a company our size, that’s an extremely big deal.” 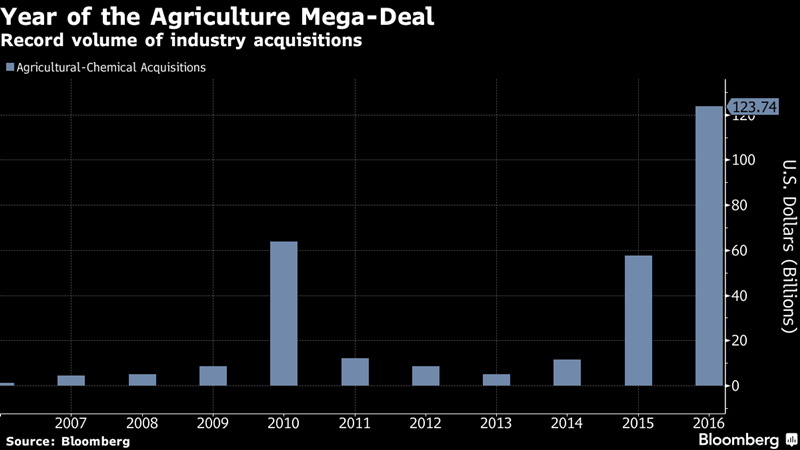 While the dominant players get bigger, some independents look for advantages in research and development. About two-thirds of Stine’s employees work in R&D using traditional breeding techniques to improve corn and soybean genetics. The company sells these improved seeds to farmers and also licenses them to bigger companies like Monsanto that, as part of the bargain, give Stine Seed priority access to the newest genetically modified traits that help farmers control weeds and bugs.

Closely-held companies account for about 20 percent of U.S. sales in corn seed and 22 percent in soybeans, according to Todd L. Martin, executive director of the Independent Professional Seed Association, which has 118 regular members.

The bulk of Stine Seed profit comes from licensing its genetics research to bigger rivals. But customer backlash from the big mergers means the company’s revenue from its retail sales could "easily double," Stine said in a telephone interview. The company declined to provide sales figures.

Smaller companies also may find an edge over pricier biotech products, said Jason Miner, an analyst at Bloomberg Intelligence. The market for seeds with multiple traits to control different types of insects and to withstand multiple weed killers may have reached a saturation point, he said.

"Traditional breeding may actually be on the rise," Miner said. "Farmers are less interested in speculating on high-cost, potential yield boosters. They want cost-effective solutions."

Growers have lodged concerns with federal agriculture officials in Washington about the scope of consolidation. The National Farmers Union, the second-biggest organization of its kind, met legislators on Sept. 12 to protest against the deals.

Independent seed makers rely on liberal licensing policies by big seed developers to access the newest engineered traits from the larger companies. The big risk in consolidation is if Monsanto, Dow, Syngenta and Bayer reduce their licensing agreements. Monsanto Chief Technology Officer Robb Fraley told a Senate hearing last month that the company’s innovations "will continue to be broadly licensed."

"The unknown has everybody concerned," the seed association’s Martin said. "But, there are reasons to be somewhat optimistic."

Stine agrees. The company’s 3.5 percent share of total sales for U.S. soybean seeds could reach 7 percent, and its 1 percent stake in corn seed could rise to as high as 4 percent, he estimates.

"Nobody ever says, ‘That would be such a good thing that all these companies get together,’’ Stine said from the company headquarters in Adele, Iowa. That’s where his grandfather started Stine Seed Farm in the 1950s. His son, Harry Stine, expanded the seed business and won the first U.S. patents on soybean varieties in 1994 and 1995, according the company’s website. The business is now worth at least $2.9 billion, data compiled by Bloomberg show.

Some of its biggest competitors have tried to buy Stine Seed, but the 74-year-old patriarch, Harry, has so far rebuffed the offers.

For independents without as strong a research base as Stine, one advantage from the merger wave would be if the newly formed companies expanded licensing opportunities, according to Martin. For example, DuPont’s Pioneer seed unit could follow Dow’s model after the merger and begin licensing its "enormous pool" of seed genetics, he said. The companies plan to combine their agriculture units and then spin them off as a stand-alone company.

"The fact that DuPont Pioneer hasn’t been a provider in the past could change," Martin said. "They will have good licensing vehicle with Dow."

Consolidation by the big companies is an opportunity for independents to expand, according to Beck of Beck’s Hybrids. The bigger the company, the more it tends to prioritize investors over customers, he said by telephone from company headquarters in Atlanta, Indiana.

Beck, who still gets around his seed farm on a dirt bike, recalls when there were 140 competitors in Indiana alone. He’s never acquired a rival and he won’t return e-mails or calls from anyone trying to arrange the purchase of Beck’s, a family company with key roles filled by his children.

"It is not about money," Beck said. "It is about doing something for farmers here that can help them succeed."