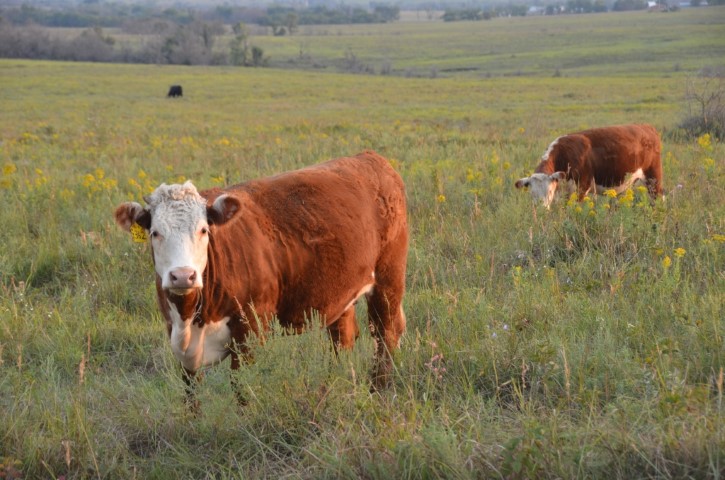 Letting native grass naturally reseed is a good to maintaining or establishing pasture.
By: Patrick Keyser, Professor and Director of Center for Native Grasslands Management, University of Tennessee

I have often been faced with recently established native grass stands that for whatever reason (usually drought or incomplete weed control) are thinner than they should be. Producers often ask me how they can thicken those stands and one idea always seems to come up – allowing the natives to go to seed and naturally thicken themselves. I have generally been skeptical of this approach, but have seen some examples that make me wonder if it might not be a good strategy.

For instance, switchgrass can easily produce 200 pounds of seed per acre, big bluestem maybe half that and based on at least one study, indiangrass about one half of what big bluestem produces. Even if you assume only 20 – 40 lb per acre of seed is produced, that is still more than double normally recommended seeding rates. Of course management practices influence seed production. Ending grazing (or taking the last hay harvest) by early July should ensure adequate time to produce viable seed. Adequate fertilization (about 60 units N in April prior to the desired seed crop) will help produce abundant seed crops.

Letting a stand set seed and then for it to shatter out on its own is much like sowing. There are some advantages to natural seed fall over sowing though. First, natural seed fall allows seed to be stratified by freezing and thawing over the winter in moist conditions. Second, that same freezing and thawing – along with rain and snow – can help work the seed into the soil, and will not result in seed being “planted” too deep.

On the other hand, there are disadvantages. First, seed-soil contact can be limited, especially where there are substantial amounts of thatch. Second, uncontrolled weed competition in the spring, especially in late April and early May when soil temperatures are adequate to initiate germination, can prevent germination and/or adequate seedling development.

Management practices can contribute to better germination and seedling development. First, minimizing thatch accumulation which will allow seed to fall on bare soil. This can be accomplished through prescribed burning in March or April the spring prior to the desired seed crop. Second, relatively heavy grazing the spring following seed fall can be beneficial. Trampling by hooves would help finish “planting” the seed and the grazing would keep the canopy open enough to allow sunlight to reach emerging seedlings and allow them to grow and develop. Alternatively, an early hay harvest could also help open up the canopy and allow the seedlings to develop.

We have not done any studies to confirm how consistently this “natural” approach might work. Based on a couple of experiences, one at a UT Research and Education Center and one at a producer’s farm in Hamilton County, it may be worth trying. If it is successful, it would be an inexpensive way to thicken a native grass stand. As with drilling or other planting strategies, follow-up weed control and canopy management will be critical components of success.