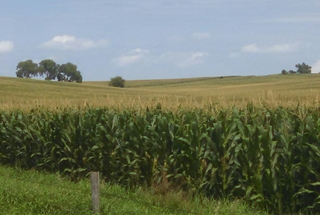 The U.S. Department of Agriculture says Nebraska's harvests of corn and soybeans are lagging the average harvests completed by the date.

The USDA says 95 percent of the expected winter wheat crop had been planted, compared with 91 percent for the five-year average by the date.