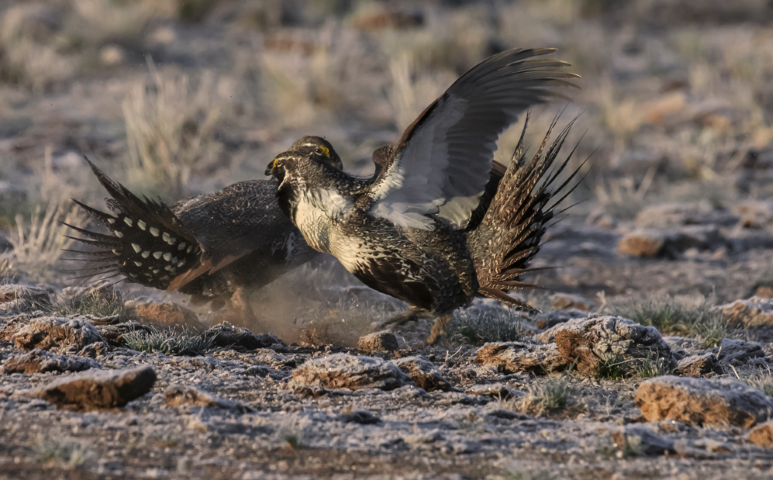 The Department of Interior (DOI) has made its first recommendations to modify the conservation plan for the greater sage grouse. The DOI Sage Grouse Review Team delivered recommendations to U.S. Secretary of the Interior Ryan Zinke in a memo Aug. 7. The report is part of a June 7 order that called for the review of an Obama-era conservation plan that set out to protect the habitat of the threatened bird.

Conservation efforts in recent years have restricted cattle grazing as well as farmland development in parts of the western U.S.

Officials from the Fish and Wildlife Service, Bureau of Land Management, U.S. Geological Survey and the U.S. Forest Service, as well as 11 states aided in compiling the report. It recommends better training for grazing permit-holders, review of wildfire management practices and greater input from state organizations in determining the best course of action for differing environments.

The report points out the concepts of effective grazing practices and habitat conservation do not need to be at odds.

Eliason goes on to say the PLC and NCBA stand ready to collaborate with the DOI moving forward.

“We’re committed to continued work with all of our partners as the Department of the Interior moves forward with these recommendations.”

Heater says farmers and ranchers are a crucial part of the conservation effort.

"By participating in the Sage Grouse Initiative--led by the USDA Natural Resources Conservation Service--farmers and ranchers are continuing to make a big difference for sagebrush country and rural communities through voluntary, proactive conservation practices. Since half of all sage grouse habitat is on private lands, agricultural producers are key to maintaining and improving habitat for the bird."

"While all plans can be improved, the Department of Interior should heed the broad coalition of partners who came together in support of conservation plans, designed to secure the future of this species, as changes are considered. Undoing comprehensive plans developed by multiple stakeholders over several years, simply to accommodate expanded energy development, is unnecessary and should be rejected," says Nelson. "Instead, these plans should be the basis for going forward but allow for learning, modification, and improvement rooted in strong science. We look forward to a public process so recommendations from the Sage-Grouse Review Team may benefit from partner feedback and public comment."

In a statement from the DOI, Zinke says, "I've directed Deputy Secretary David Bernhardt to begin implementation of the recommendations and to direct the Bureau of Land Management, in coordination with the U.S. Fish and Wildlife Service, the U.S. Geological Survey, and other offices in the department, to immediately follow through on the short- and long-term recommendations."

The greater sage grouse has been considered a threatened species since the 1950s, according to the June 7 DOI report. In 2010, the Fish and Wildlife Service (FWS) found the bird eligible for endangered species status, but it was left off the list, as other species were given higher priority. In 2013, the FWS identified 14 threats to the greater sage grouse: nonnative invasive plants, energy development, sagebrush removal, improper grazing, range management structures, wild horses and burros, pinyon-juniper expansion, agricultural conversion, mining, recreation, urbanization, infrastructure and fences.

In late 2015, the Bureau of Land Management (BLM) adopted amendments to land use plans in 10 states to protect the greater sage grouse. The revisions were seen among cattle ranchers as heavy-handed and restrictive.

In 2016, Brenda Richards, then president of the PLC, expressed her concern for the conservation plan in a letter to the Senate Energy and Resources Subcommittee on Public Lands, Forests, and Mining.

“To be blunt, the BLM’s top down approach of forcing one-size-fits-all or “landscape scale” management of sage grouse conservation efforts through the plan amendments that were finalized last year will set the decades of success and proven stakeholder collaboration we’ve achieved at least three giant steps backwards,” Richards says. She goes on to say, “Perhaps because grazing is so easy to restrict on Federal land, many of these restrictions and limitations are aimed directly at the grazing—totally ignoring the fact that grazing is not classified as a threat to the sage grouse. Wildfire, invasive species and infrastructure are the major threats, all of which are most effectively managed through grazing. To arbitrarily restrict grazing when it’s needed most is a recipe for failure.”

Zinke says the DOI will begin implementing all recommendations immediately.

This story has been updated to include a statement from World Wildlife Fund.