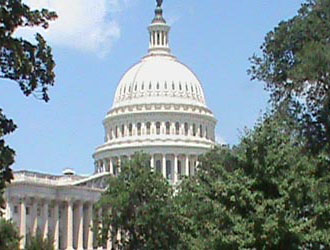 The legislation extends the ability of farmers and small businesses to write off capital purchases immediately instead of over time by use.

The National Milk Producers Federation today thanked Congress for passing and sending to the White House legislation extending the ability of farmers and small businesses to write off capital purchases immediately instead of over time by use.

The so-called “tax extenders” bill reinstates Section 179 tax credits for 2014 only. NMPF had strongly supported including the provision in legislation extending more than 50 expired tax breaks for one year. The bill passed the Senate Tuesday evening, and is expected to be signed by President Obama. It passed the House earlier this month.

“Dairy farming requires significant investments in machinery and equipment,” said Mulhern. “By allowing producers to immediately write off these purchases, extending Section 179 gives producers a year-end incentive to invest in their businesses while it reduced their record-keeping burden.”

The maximum amount of annual expensing under the extension is $500,000, as it was in 2013. A 50 percent bonus depreciation for the purchase of new capital assets, including farm equipment, is included.

Mulhern thanked Congress for acting on Section 179 and sending it to the White House before the end of the year. “Failure to restore Section 179 would have added to the financial strains on family farmers who already find it difficult to pass on their farms to the next generation,” he said.

In November, NMPF joined 41 other agricultural organizations in urging Congress to include Section 179 in any tax bill considered in its post-election session.