No 8-Second Ride for PETA 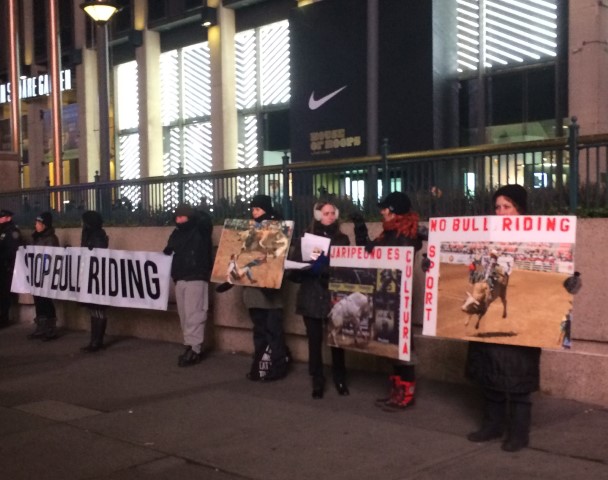 People for the Ethical Treatment of Animals (PETA) sounds like the name of a group many unsuspecting people could get behind. Except “Ethical Treatment” equates to “rights” for animals. Obtaining those rights means tearing down family businesses, like farms and ranches, that depend on animal agriculture. It means  getting rid of zoos and even keeping people from having a family pet. PETA’s also not all that fond of rodeos, as I found out.

I had my first personal run-in with PETA protesters this past weekend while on vacation in New York City.

During my trip, I went to the Professional Bull Riders (PBR) Monster Energy Buck Off at Madison Square Garden on Saturday night. I’ve been to a lot of local rodeos, steer ropings, ranch rodeos and PRCA rodeos, but never a PBR event. To say the least, I was excited.

I wanted to see what kinds of people attended a rodeo in the middle of a concrete jungle. Much like the Big Apple, I suspected it would probably be a big melting pot with very few real cowboys. 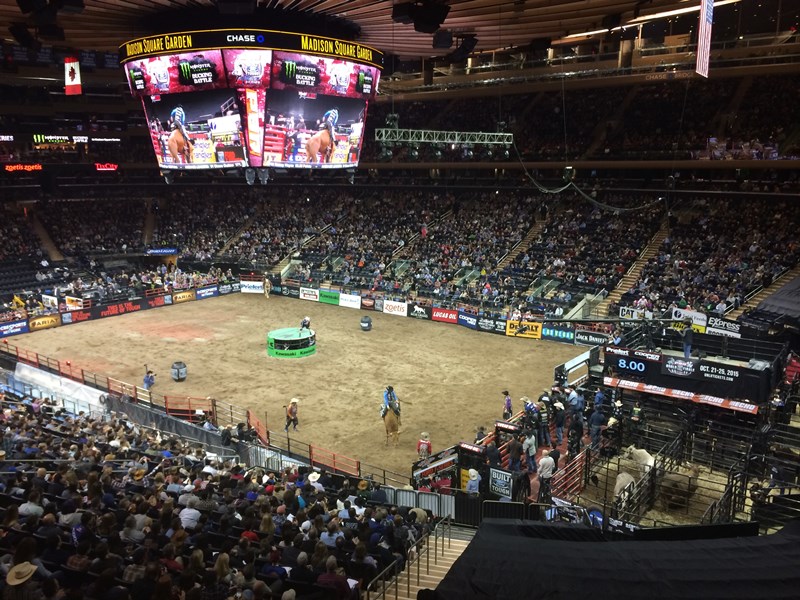 The PBR put on a heck of a show in New York City this past weekend, and it wasn't just the bull riding that impressed me. It was the animal husbandry.

Upon exiting the subway at Penn Station, I figured I’d follow the stream of cowboy hats going up the escalator. Once on the sidewalk, I caught a glimpse of some protesters. Being that it was New York City, they could’ve been any kind of protesters.

As I got closer, I could read the signs: “NO BULL RIDING,” “STOP BULL RIDING”, “STOP CRUELTY” and my favorite, “JARIPEO NO ES CULTURA,” which is Spanish for “bull riding is not culture.”

It was really pretty tame for a group that is known for going nude to say “fur is murder.” Below-freezing temperatures tend to keep clothes on even the most fervent PETA supporters.

A small contingency of protesters lined up on either side of the sidewalk. For the most part, they were fairly quiet. In fact, the only thing I remember hearing was the girl who walked up to me and said, “Take a pamphlet.”

I was nice and took it. When I got in the ticket line, I looked to see what it said: “Why Rodeos are so Cruel.” The pamphlet goes on to describe events like calf roping, saying “calves are usually only used in one rodeo before they are destroyed because of their injuries.” That’s a complete fabrication. I’ve helped my father, who is a veterinarian, monitor the health of the livestock at our local PRCA rodeo the past three years. We’ve had no injuries sustained to any of the animals or people at the nine nights of rodeos I’ve been closely tied with.

The same held true for the bull riding I saw at Madison Square Garden. My seats were right behind the bucking chutes, so I kept a keen eye on the people responsible for handling the livestock. Not once did I see an electric prod or sharp stick used, which is what the pamphlet describes. 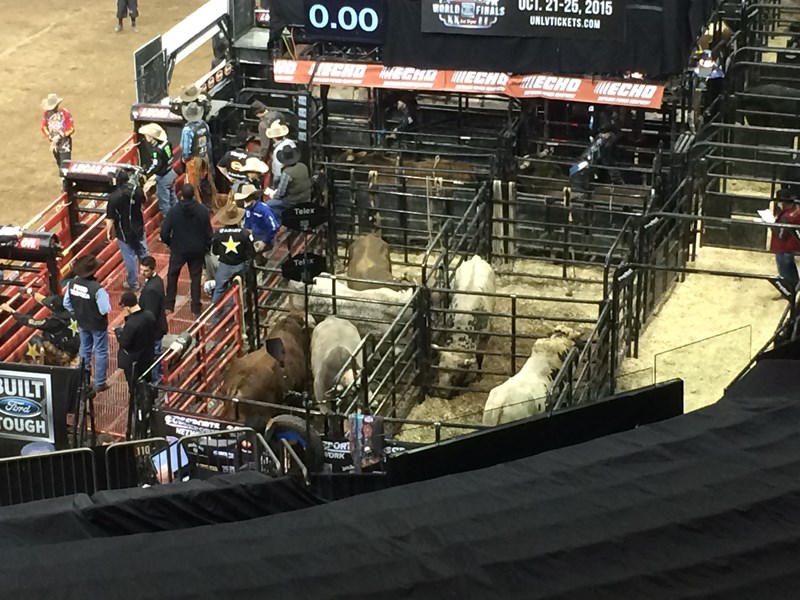 A few of the bulls calmly waiting for their moment to shine at Madison Square Garden.

Each bull was carefully moved between pens and into the chutes. I didn’t see anyone crawl up on the fences behind the chutes in fear of an animal “provoked into displays of wild behavior.” Now, in the arena there was plenty of crawling up the fence after a buck-off, but once the bulls were back behind the chutes again, they were happy as could be.

The only “injury” that happened to an animal the whole night was to the pickup man’s horse. A bull hit the horse in its right flank with its horn, causing the horse to favor the leg for 10 seconds in the arena. The rider quickly got the horse behind the chutes, and rode him back and forth for a minute to stretch out the stiffness. All during that time, the announcers explained the horse had the equivalent to a “stinger,” an injury football players get after a big hit. Soon, the palomino gelding loped back out into the arena and was greeted by a loud cheer from the crowd.

Overall, I was impressed with the quality of care given to the bovine athletes that were on display in one of the greatest venues in the world. The care I saw was similar to what I've seen at ranches, dairies, feedlots and farms across the country. PETA advocates would have a tough time arguing that with me or the thousands of people who came to see the bull riding.

I hope if anyone else grabbed a pamphlet from PETA, they didn't give it more than an 8-second ride before dumping it in the trash.