No Winter Break for Massachusetts Farmers 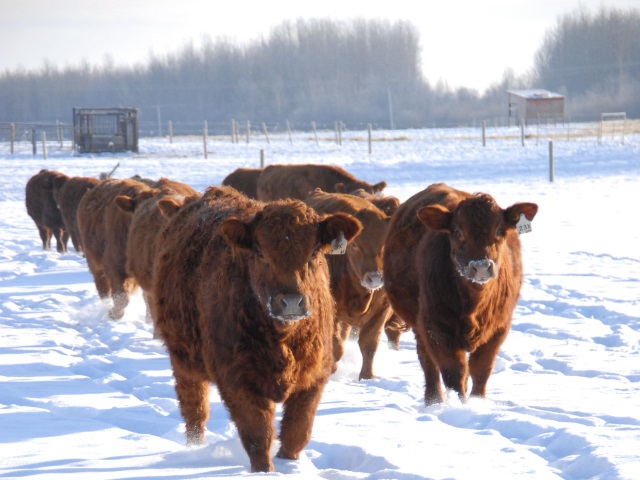 Although empty fields may imply otherwise, area farms are humming away as the weather begins to suit the season in Massachusetts. The people who work them said the idea of winter as a period of rest is a misconception: The work may change, but there's still plenty to do.

"It's really not that much time off," said Nicole Lobisser of Medway Pumpkin Farm. "We're just changing our routine," she said, noting that she still gets up at the same time every morning to let her chickens out.

Lobisser's farm is organic, which makes crop rotation essential, so in addition to poring over seed catalogs, planning for the 2016 growing season means looking at farm records for the last three years to make sure the crops don't wear out the soil.

That growing season itself starts much earlier than consumers see. For example, Lobisser has a greenhouse in her backyard and starts growing transplants as early as February.

John Mitchell, manager at the Westborough Heirloom Farm, said winter can be stressful even when there's a "hard stop" to the season, as Heirloom does because it operates its CSA (Community Supported Agriculture) program for three season, stopping in October.

"From a physical standpoint, yes, there's just no comparison to working during the summer," he said, describing hours in the sun battling heat exhaustion.

"With the growing intensity of winter storms like the ones we saw last season, battling to prevent your farm buildings from collapsing by keeping snow off of them during a major winter storm, that can be extremely difficult."

Mitchell knows firsthand what can happen when farmers let their guard down for too long. About seven years ago, one of his greenhouses collapsed under the weight of snow and ice.

"I had not, at that point, ever seen a greenhouse collapse and so wasn't paying as much attention," he said, adding he was lucky to escape structural damage.

"It was a lesson learned relatively inexpensively and I have since then been very diligent."

So diligent, in fact, that he just moved closer to the farm so he can get to those buildings regardless of weather.

"I can walk, I can't drive a tractor, and I don't have to risk my life driving across town," Mitchell said as he recalled some brutal trips last winter.

"Everything gets probably three times as hard" in the winter, said Nick Hoffman, who chuckled as he identified himself as "the owner, the manager and the mechanic" of Hoffman Farm in Franklin. Toward the end of 2015, Hoffman started selling milk in addition to produce, eggs and firewood.

Animal welfare becomes top priority in winter for farms that have livestock in addition to fields.

For a fruit-heavy farm like Belkin Family Lookout Farm in Natick, the annual chill is critical for pruning. John Burns, the farm manager, said the 70,000 fruit trees are all hand-pruned, which gets rid of old wood to prompt new growth, strengthen the tree, and increase fruit size and sweetness.

"We're a little bit concerned this year because it's been so warm for so long," said Burns, explaining that warm weather makes it easier for bugs and bacteria to hurt trees with open wounds from pruning.

The process lasts from November through March, carrying the crew through to a few weeks of pruning grapevines and then right into the start of blooms.

Though the cold — and even the snow, which can insulate root systems — makes some aspects of the fruit business easier, winter can be tough on older, more fragile trees.

"The apple trees and the pear trees, they're very hardy," said Burns. "The stone fruit trees are, I would say, significantly less tolerant, so each year we will typically lose 2 or 3 percent of our stone fruit trees because it's cold."

Last year's late snows delayed planting seasons for some — by about three weeks, for Lobisser, who said the muck from snow melt made it difficult to get a tractor onto the land.

Hoffman said he and his fellow farmers can worry as much as they like about things being too cold or too hot or too wet or too dry, but at the end of the day, "you just have to go along with it."

"You're not in control when you're in this business."

How do you use the winter on your farm? Let us know in the comments.