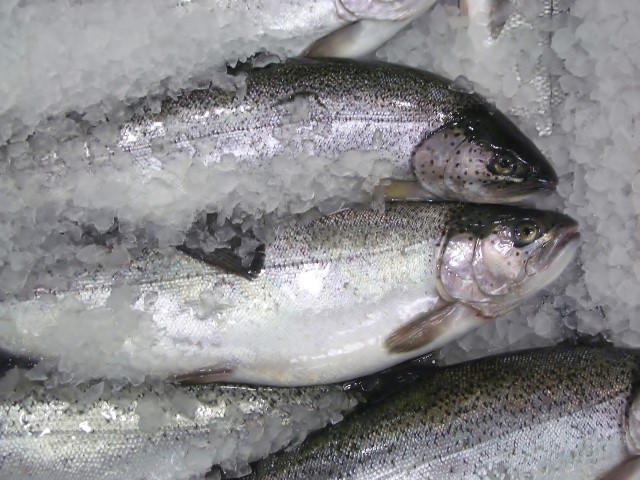 If someone offered you a chance to invest millions of dollars in a business nobody wants, would you take it?

If you’re the U.S. government, the answer is a resounding yes. Since 2007, the National Oceanic and Atmospheric Administration—despite major political, social, and environmental headwinds—has poured almost $100 million (PDF) into aquaculture, also known by the more pedestrian moniker of fish farming.

Currently, American aquaculture is done only in state waters within a few miles of the coast. (Think farmed salmon.) But the government is trying to go further out to sea, into federal waters, to create an offshore aquaculture industry. After NOAA, under both presidents Barack Obama and George W. Bush tried—and failed—to push national aquaculture legislation through Congress, NOAA decided to do an end run around Capitol Hill, creating a controversial aquaculture permitting system in the Gulf of Mexico that promptly drew litigation as well as the ire of fishermen, boaters, and environmentalists.

Not satisfied with just the Gulf of Mexico, in August NOAA's National Marine Fisheries Service quietly began pursuing regulations “to support offshore aquaculture development” in the Pacific Islands region near Hawaii, modeling the plans on the Gulf framework in hopes that the U.S. could eventually grab a bigger share of the global seafood market. The period for the public’s first opportunity to comment on the proposal ends Friday.

“The U.S. has a seafood trade deficit of about $14 billion,” said David O’Brien, Deputy Director of NOAA’s office of aquaculture. “Why can’t we be doing more domestically, locally?” he asked. “The deficit points to an opportunity that we’re not taking advantage of.”

But despite this sustained, expensive effort, the key component to any economic development program—commercial interest—is nowhere to be seen.

The U.S. already has a huge seafood industry; it just exports the vast majority of its catch and imports the majority of what Americans actually end up eating. This “great American fish swap” has led environmentalists to wonder why the government is pushing so hard for more ocean aquaculture in the first place.

Even the government admits that it hasn’t yet figured out how to make most open ocean aquaculture work. “Other than Atlantic salmon, oysters, and clams, production of marine species in the U.S. is ... a relatively unproven business proposition,” NOAA’s director of the Office of Aquaculture, Michael Rubino, wrote in a January report. Indeed, the four aquaculture ventures the U.S. government has invested in directly have been business failures, according to a 2011 study by environmental nonprofit Food & Water Watch.

Yet a number of scientists see promise in open ocean aquaculture—which, they point out, is still environmentally better than land-based meat agriculture.

“The science is developed enough that we have the tools to effectively identify the places where you can minimize the impacts,” said Stephen Gaines, Dean of the Bren School of Environmental Science and Management at the University of California, Santa Barbara. He pointed to spacial planning—where farms are located far from their corresponding wild populations—as an important way to mitigate the problems of disease and escapement. “Now, those tools need to be used, and if you don’t take advantage of these kinds of things, it’s still very easy to make mistakes.”

But the whole argument over opening federal waters to aquaculture assumes that somewhere, a corporation is looking to jump in. Thus far, none has. Since the regulations opening the Gulf of Mexico were published in January, not a single application for a permit has been received. No companies are involved in the current Pacific Island proposal either, NOAA says.

“There may not be the interest and the investment necessary to start a large scale offshore fin-fish aquaculture industry in U.S. federal waters,” said Jillian Fry, a project director in public health and sustainable aquaculture at Johns Hopkins Center for a Livable Future. Even though the Gulf regulations aren’t stringent enough, said Fry, they’re still much tighter than China’s, making them uninviting to any global player. (One important gap in U.S. regulations, Fry says, is that offshore aquaculture workers may not be protected by any U.S. agency, as the Occupational Safety and Health Administration may not have any authority, depending on the size and location of the vessel, and regulations to protect oil workers simply won’t apply.)

The logistics of deepwater aquaculture require expensive boats, bigger anchors, and better planning to avoid endangered species, which makes it too expensive for small businesses, said Barry Costa Pierce, director of the University of New England’s Center of Excellence in the Marine Sciences. (In 2013, ocean aquaculture in the U.S. accounted for only $327 million, compared with commercial fishing’s $5.5 billion take.)

“So much capital is required outside of three miles from the coastline [where federal waters generally begin],” said Pierce, “by definition, you’re talking about industrial aquaculture.” The best way to do that, he said, would be to use existing deepwater infrastructure from oil rigs. “If you’re talking about developing a whole separate infrastructure for offshore aquaculture separate from an existing capacity, I am very skeptical,” he said. “In the Gulf, I don’t see very many companies rushing to get in because they know they can’t make money.”