Not Everyone's Happy About Spring Showing Up Early in the U.S. 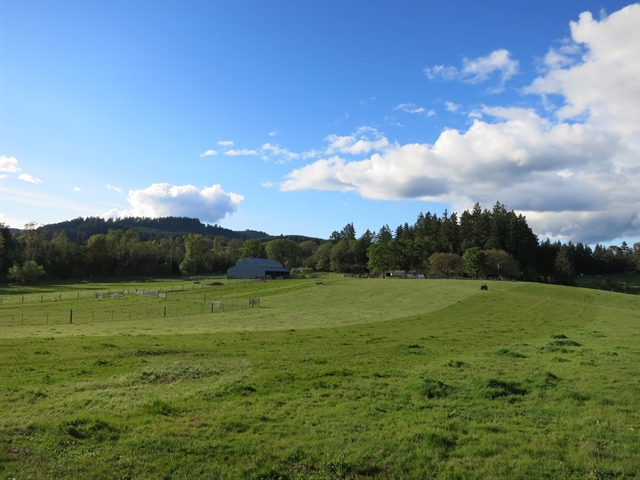 The heavy coats have come off, the trees have sent buds out and the bugs are buzzing all around. But the early spring in the U.S. on the heels of a record-breaking warm winter comes with a cost.

Invasive, plant-devouring insects can thrive with warmer temperatures. Fruit trees that bloom early can be caught by late frost, ruining their crops.

“It has advanced the season by several weeks,” said David Robinson, New Jersey state climatologist based at Rutgers University. “We were several weeks behind last year.”

In 2012, another mild year, “a run-of-the-mill cold spell” almost wiped out the state’s fruit crop when frost descended on trees and plants coaxed into blooming early.

With an El Nino in the equatorial Pacific, winter across the contiguous U.S. was the warmest in history, and new daily high temperatures were posted last week in Philadelphia, Trenton, Boston and New York’s Central Park.

The two earliest 80-degree Fahrenheit (27 Celsius) days were logged at Robinson’s New Brunswick, New Jersey, office. This is a sharp contrast to last year, when Boston was still encased in a record seasonal snow and the average temperature in Central Park ended March below normal.

From the Midwest to the Atlantic, temperatures have been higher than normal this year in the air. Now on-the-ground readings are rising, too.

When it comes to plants, it’s the temperature of the dirt that has a greater say in when spring begins, said Robinson and Illinois State Climatologist Jim Angel.

“With trees, everything is geared off the soil temperature,” Angel said from his office at the University of Illinois. “Their feet are in the ground and it doesn’t matter if it is 70 in the air.”

When soil temperatures hit 50 degrees, “things start to happen,” he said. That benchmark has been reached across parts of Iowa and Illinois, where states monitor those readings for farmers.

This can be a problem when it is still mid-March. While meteorologists mark spring as beginning March 1, it’s still winter according to the calendar. Upstate New York and northern New England all have snow in the forecast for Friday, the National Weather Service said.

“The upside is that you get an early start to spring, but the downside is, and we have actual experience with this, you get early development that is too early and then you get a frost,” Angel said. “There’s still cold air to the north of us.”

Apple and other fruit trees will start to bloom, and if the frost returns to catch those flowers an entire year’s crop could be lost. The trouble is, you can’t tell the plants to be cautious, Robinson said.

“It won’t kill the tree but for that year they won’t produce any fruit,” Angel said. “If you are an orchard owner, that’s a big deal.”

Other plants, such as the peach trees in New Jersey, need a long period of dormancy to remain healthy, Robinson said.

Then there are bugs. The southern pine beetle, an invasive pest from the U.S. South, has been munching its way through forests in the Northeast because of a series of mild winters, according to the New York Department of Environmental Conservation.

“Part of the reason they have proliferated is our extreme cold winter nights have become warmer,” Robinson said. “With that, they are able to overwinter and continue on through the following year.”

In the Midwest, pests that plague corn and other crops will also benefit from the warmth. The early start to spring will give the insects a chance to spawn an extra brood of young, increasing their numbers, Angel said.

There’s an economic benefit to a warmer winter. Cities, towns and states didn’t have to spend as much removing snow and ice, and road maintenance won’t be as burdensome without potholes and frost heaves to repair.

There are less-tangible benefits as well.

“I am looking at a few early magnolia flowers on a tree outside my window,” Robinson said.