The National Animal Health Laboratory Network (NAHLN) says 257 new cases of porcine epidemic diarrhea virus (PEDV) were confirmed the week ending April 5, bringing the grand total to 5,509, which reflects an upward revision to past data. In addition, Mississippi was added to the list of states reporting at least one confirmed case, bringing the official tally to 28. NAHLN has not yet included the diagnosis from Vermont into its database. 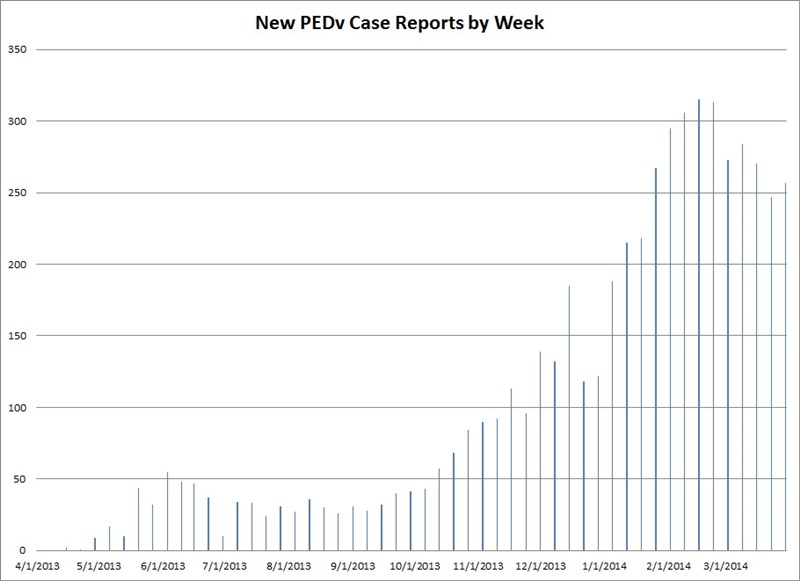