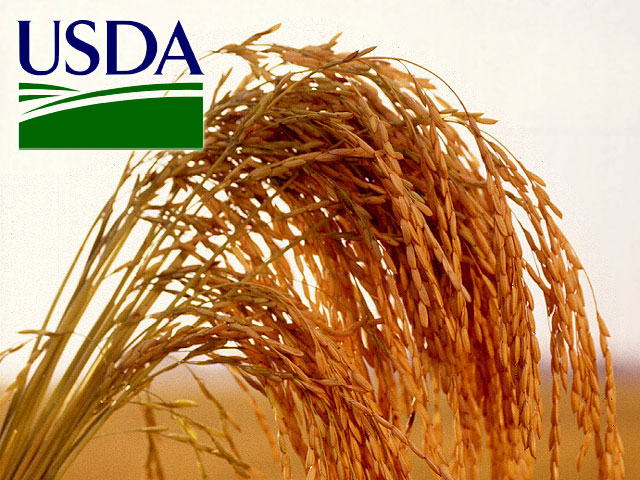 Global rice 2014/15 ending stocks are reduced as the decline in total supplies exceed the fall in total use.  The drop in global 2014/15 rice production resulted in a decline in total supplies, despite an increase in beginning stocks.  Beginning stocks are increased 0.5 million tons due mostly to increases in Pakistan, Sri Lanka, and a number of countries in Sub-Saharan Africa.  World 2014/15 rice production is projected at 475.5 million tons, down 1.5 million from last month, and a decrease of 1.1 million tons from last year’s record crop.  The fall in production is due mostly to a 1.0-million-ton decrease in India’s crop to 102.0 million tons, due to a decline in average yield.  Below normal seasonal rains during the 2014 monsoon season in some regions of India were unfavorable for rice production.  Rice crops are also reduced in Pakistan, Sri Lanka, and several Sub-Saharan African countries.  Global consumption is reduced slightly, but is still a record at 481.7 million tons, up 5.6 million tons from 2013/14.  Global trade for 2014/15 is nearly unchanged from a month ago.  Global 2014/15 ending stocks are projected at 104.2 million tons, down 0.9 million from last month, and 6.2 million below 2013/14.  The decline in world ending stocks is due mostly to a decrease in India of 1.0 million tons.  Forecast ending stocks are also lowered for Pakistan and Sri Lanka, partially offset by increases for Brazil, the Philippines, and the United States.