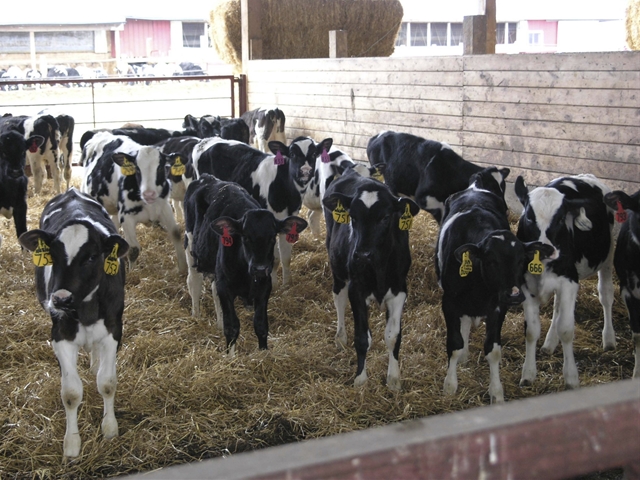 In early 2010, Ballard Jenkins and his wife, Sharon, were preparing to sell the family's 233 acres in Carroll County's Washington Township and 70 cows at auction to pay off creditors. It was a tough time to be a dairy farmer.

"We were dying a little day by day," he said.

Then landmen came into Ohio, bringing with them sweet financial offers for leasing mineral rights. They represented drilling companies in search of natural gas and oil deep underground in the Utica Shale formation. What transpired dramatically changed eastern Ohio — to the benefit of the Jenkinses and, with some exceptions, many others as well.

The Jenkins family sold its dairy cows, but the farm auction was postponed to see what a shale deal might provide.

Their first offer included a one-time signing bonus of $100 per acre. Said 68-year-old Ballard Jenkins: "That got my attention." An offer of $250 an acre was "world-changing money."

When the offer jumped to $1,200 an acre, Jenkins, for one, did not believe it. It seemed too good to be true.

The Jenkinses became part of a landowners' group that in 2011 negotiated a $40 million agreement on 12,000 acres with Pennsylvania-based Rex Energy Corp. The landowners got a one-time signing bonus of $3,500 per acre. They are getting royalties of 20 percent on natural gas and liquids that wells produce.

"It's like a fairy tale come true," Jenkins said.

Of all Ohio counties, Carroll and its 29,000 residents have been affected most profoundly from shale drilling over the past four years.

It might be home to as many as 550 new shale millionaires. The local economy is booming. Dozens of new businesses have sprung up or moved in.

Carroll County remains the No. 1 drilling hot spot in Ohio with 282 wells that are producing, another 83 that have been drilled, 13 that are being drilled and 62 more that have been permitted. Those 440 Utica wells surpass the total for any other Ohio county, and that number could reach 2,000 before the boom ends.

A natural gas-processing plant near Leesville to handle the output will open soon.

Statewide, Ohio has 1,141 Utica wells that have been drilled and 607 that are producing.

Carroll County had one drilling accident in which a worker was killed and several traffic accidents that resulted in small spills from drilling trucks, but no major environmental problems from drilling.

"We're dancing at the ball," he said.

For Ballard Jenkins and his family, the 2011 deal produced a hefty bonus check. Even with a big federal tax bite, the windfall was "life-changing," he said.

The family paid off farm debt. Jenkins retired and turned over the farm's corn and soybean operations to his sons. They constructed a $250,000 shop building big enough to hold a combine and other equipment.

Additional farmland has been acquired, along with two used cars and a Peterbilt semi to haul grain.

The family is expecting its first royalty check later this November.

Jenkins drives around Carroll County to inspect drilling activities — from pipelines to well pads. He wants to know what's going on.

He and his wife have vacationed in Hawaii, where he wore shorts and sandals for the first time in his life.

"That's not something dairy farmers wear," he said with a laugh.

They traveled to Las Vegas and cruised to Alaska and in the Caribbean with friends who also signed drilling deals.

"I never thought anything like this would happen in Carroll County," said Jenkins, who acknowledged the family nearly lost the farm more than once over the years.

But the Jenkinses say they and others with drilling leases largely are unchanged. They are still "farm people" who had been land-rich and cash-poor for decades. The bonus money has been reinvested in the land, pickup trucks, farm equipment and especially paying off debt.

They say they know one Carroll County woman who was so concerned about others' perceptions of her that when she bought a new car she got the same model in the same color as her old car to be less conspicuous.

Drilling money enabled the Kikos to retire without being forced to sell a portion of their farm.

"We've not gotten caught up in the bigger-is-better mentality," Roger Kiko said.

A few years ago, the Kikos had to borrow $50,000 to pay their bills during the recession.

Kiko passed the dairy operations and its 50 cows to his son, Joe.

Three Rex Energy wells extend under his farm. A well pad is under construction on the land and three more wells should be operational there early next year.

"Royalty checks are better than milking cows," he said.