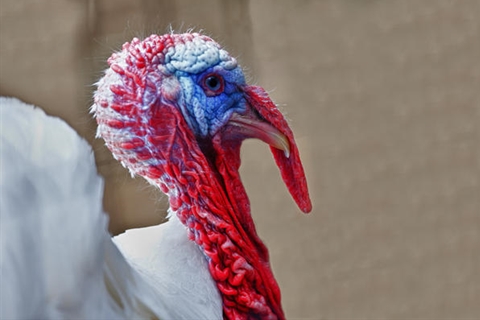 The turkey that will be presented to President Barack Obama this Thanksgiving for the traditional presidential pardon was raised in Ohio.

The farm is run by Gary Cooper and his son, Cole. Gary Cooper is the current chairman of the National Turkey Federation, which earns him the honor of raising the presidential turkey.

More than 3,000 school children have traveled to Cooper Farms to visit the presidential flock since it was hatched on July 7. Two from the flock will be sent to the White House.

Farm Groups Ask U.S. For More Time To Apply For COVID-19 Aid
Senators Urge U.S. to Remove Tariffs on EU Foods, Beverages
Dealing With 2 Black Swan Events & Only Losing 2 Cents Isn't Too Bad
What to Expect From the USDA Report. What's next for livestock?
30-Day Precipitation Forecast: Below Normal for Southwest