Organic Production on the Rise 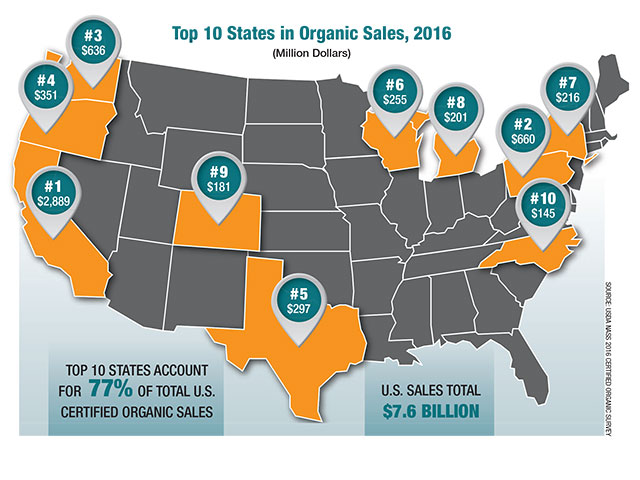 It comes as no surprise the organic sector continues to grow at a faster pace than other production systems. And while vegetables, fruits and livestock account for the lion’s share of organic production, organic field crops have gained in acreage and value, according to a new USDA report.

Unlike some production descriptions such as “natural,” which can be vague, USDA certifies organic agricultural products, based on a strict set of production standards.

According to the USDA report, about 7,400 farms planted 1.68 million acres to organic field crops and hay in 2016. The value of organic field-crop sales totaled more than $762 million. That compares with 1.46 million acres in 2015 with a value of $660 million.