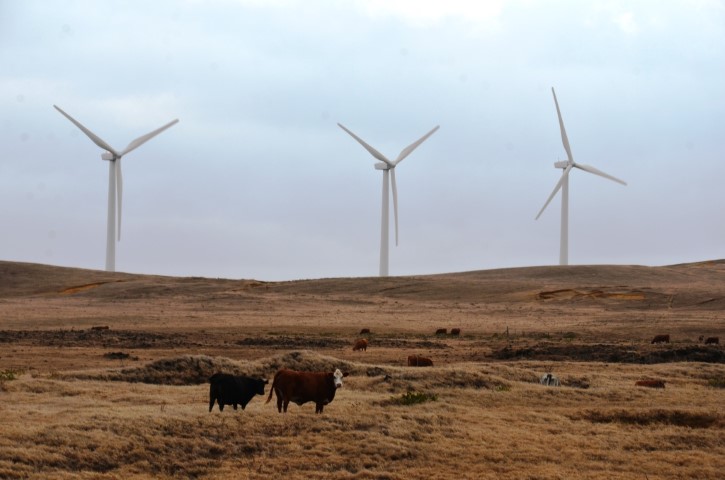 “We have been aggressively seeking ways to reduce the cost of electricity for our community and our island by using the potential renewable energy resources available on PRFT’s Hawai‘i Island lands,” said Neil (“Dutch”) Kuyper, President and CEO of Parker Ranch. “During this time, we have also been seeking capital and technical expertise from potential development partners. We have been working collaboratively with NextEra Energy Resources for more than a year and believe that they are the ideal partner to utilize PRFT’s wind resources.”

In 2013, Parker Ranch, Inc. commenced a utility-grade integrated resource planning effort with assistance from Siemens, Booz Allen Hamilton and Pace Global to evaluate alternative energy strategies for Parker Ranch and the surrounding communities of Waimea and North Kohala as well as the Island of Hawai‘i.

“Our work with Siemens identified several valuable scenarios utilizing PRFT’s wind resources, combined with storage, that could drive down electricity rates and cut our excessive vulnerability to volatile imported oil prices,” said Kuyper. “Reducing Hawai‘i Island electricity rates, slashing our reliance on imported oil and decreasing carbon emissions are all important to us because the cost of energy is tied to everything we do.”

Through its Paniolo Power Company subsidiary, Parker Ranch, Inc. is continuing to evaluate the merits of pumped-storage hydro and the economics of utility-scale battery solutions in the generation mix.

“Our community is inherently at the center of our mission and core values,” said Kuyper. “We will continue to engage our neighbors and friends in the process of pursuing our renewable energy and sustainability goals.”

The potential for renewable energy on PRFT’s lands is unique on Hawai‘i Island and in the State due to the size and scale of the wind resource. PRFT’s mission is focused on the sustainability of the Waimea community, the hometown of Parker Ranch, by providing perpetual support for PRFT’s four Waimea-based beneficiaries.

PRFT and Parker Ranch, Inc. have recently completed comprehensive strategic planning efforts and each has decided to elevate the pursuit of renewable energy-related opportunities to be one of their highest strategic priorities.

NextEra Energy Resources is one of the largest developers of clean and low-cost renewable energy in North America and is the largest producer of zero-emissions energy from wind resources.

About Parker Ranch, Inc. and Parker Ranch Foundation Trust
Parker Ranch was established in 1847 and remains one of the largest and oldest cattle ranches in the United States. In 1992, following the death of sixth generation Parker descendant Richard Palmer Kaleioku Smart, it became owned by the charitable Parker Ranch Foundation Trust. PRFT’s mission is focused on the sustainability of the Waimea community, the hometown of Parker Ranch, by providing perpetual support for PRFT’s four Waimea-based beneficiaries: North Hawai‘i Community Hospital (an affiliate of The Queen’s Health Systems), Hawai‘i Preparatory Academy, Parker School Trust Corporation and the Richard Smart Fund of the Hawai‘i Community Foundation. Parker Ranch, Inc., established in 1995 and wholly-owned by PRFT, continues cattle ranching and is proactively leveraging its and the trust’s extensive land and natural resources to support the trust’s beneficiaries, achieve a secure energy future, expand the sustainability of local food systems, and facilitate the general betterment of the Waimea area. To learn more, visit www.parkerranch.com and www.prft.org.