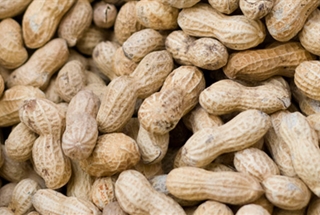 It's looking like a down year for peanut crops.

Dry, hot conditions have left many peanuts with aflatoxins, a type of mold that renders the peanut inedible.

Those peanuts, classified as Seg 3, are usually crushed and used for oil.

"It's pretty tough," said Larry Grace, manager of Grace Peanut in Wicksburg, told the Dothan Eagle. "Dry weather issues all over the Southeast have hurt the crop some, plus they've hurt our yields also. It's not far enough into the crop to see how bad the yields are hurt yet, but it's definitely going to affect the crop."

Kris Balkcom, a research associate for Auburn University, said much of the trouble came because of scattered rainfall in the planting season.

"That's from those isolated, spotted showers that we were whining and complaining about earlier this year," he said. "There's a lot of variation in the yields due to spotted, scattered showers we had during growing season."

Balkcom estimated that yields are currently ranging from 200 pounds to 3,000 pounds per acre, a staggering variety.

He said about 50 percent of the peanuts are being classified as Seg 3.

"The dry, hot conditions during growing season is what caused the aflatoxin to come in," he said.

While Balkcom said it's too early to tell the price difference, Grace said the affected peanuts will lead to lower prices.

Combined with rising costs, it's shaping up to be a particularly bad year for many peanut farmers.

"The prices of commodities have been higher, and usually your expenses in turn go up," Balkcom said. "They have not come back down."

He added that some of the affected peanuts can be saved.

"More than likely they'll try to clean them and pick out those bad ones," he said. "They've got a lot better technology now, but if they can't clean them up, they will be crushed for oil."