DAP and MAP were mixed on the week as potash firmed. 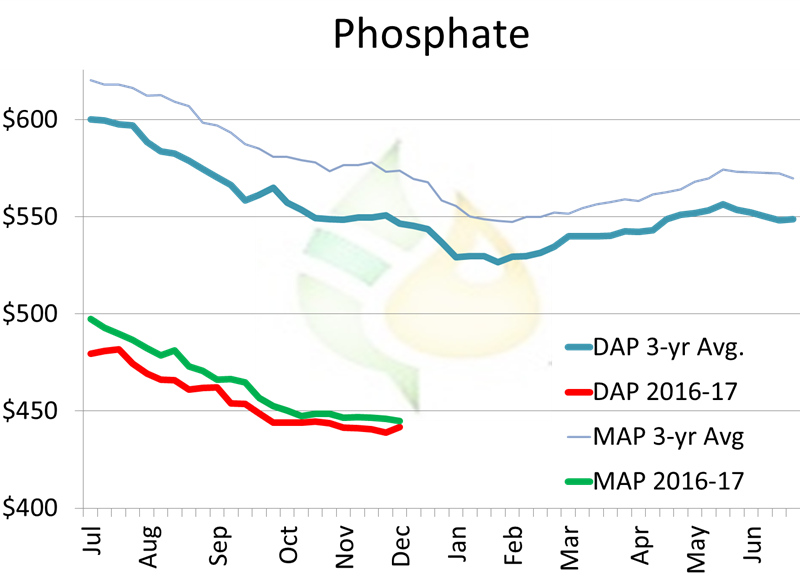 MAP was the only fertilizer in our weekly survey to post declines this week. Michigan was our leader to the downside here falling $9.44 as Missouri, Nebraska and South Dakota were all about $2.50 lower. Only Illinois and Wisconsin were unchanged as gains were led by North Dakota up $3.67 and Indiana up $1.54. 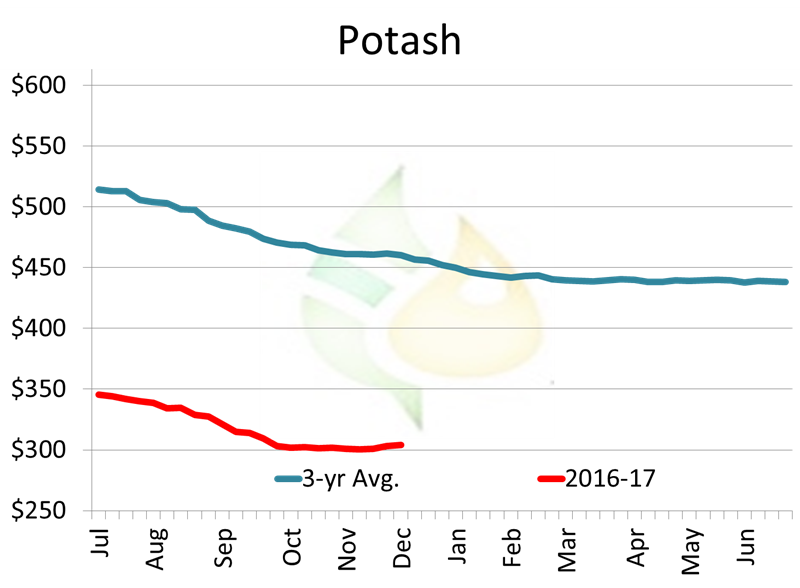 In this week's TheNFiles, I wrote that we are keeping a very close eye on urea and UAN32% since both are firming in what should be a post-harvest demand lull. I would throw potash into that same category and even with potash prices testing long time lows, we do not want to miss the opportunity the low price presents. PotashCorp last week announced production cuts at a three different production facilities. While we expect that to have only mild upward impacts on price, we want the market to prove that post-harvest demand has been fully exhausted and let retail potash express its full downside potential. As with nitrogen, we are not ready to book spring potash just yet, but the time may not be far off.

We are less concerned with phosphate at the moment and we believe DAP and MAP will fall farther closer to the first of the year. Wholesale values are lower with Tampa unchanged on the week which points to price softness ahead.

By the Pound -- The following is an updated table of P&K pricing by the pound as reported to your Inputs Monitor for the week ended November 25, 2016. 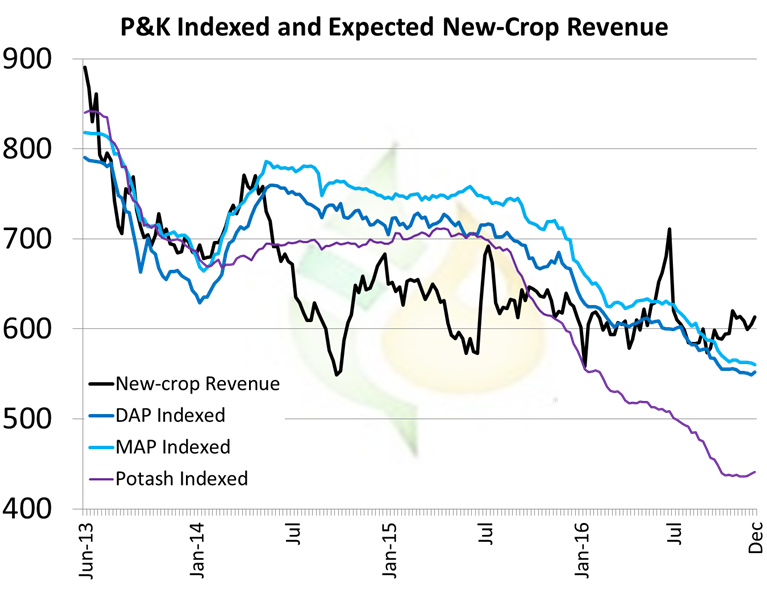