Planning on Willing Your Farm to Your Kids? 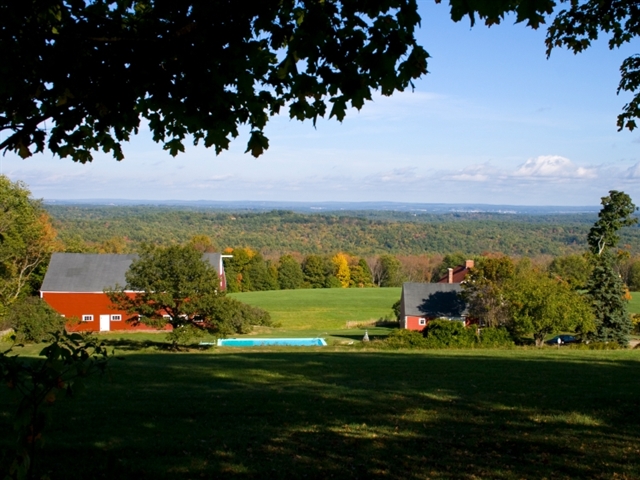 President Barack Obama is proposing a fundamental change in tax policy that would limit what many Americans can leave to their heirs.

President Barack Obama is proposing a fundamental change in tax policy that would limit what many Americans can leave to their heirs. The change would affect billionaires -- as well as people who aren’t wealthy enough to pay estate taxes, if their assets have gained sharply enough in value.

A family home or a stock portfolio that quadrupled in value to $1 million over the years and goes to a child could be subject to taxes on that gain, whether or not it’s sold.

Though it’s likely to go nowhere in the Republican-led Congress, the plan lays down a marker for future Democratic tax policy. That prospect is prompting people to seek advice from estate planners and lawyers as they consider the proposed new tax at death that could expose a family home, business or securities to more than 60 percent in combined federal and state levies.

“We have a lot of families that own a specific stock, and they’ve owned that forever, and they do not want to get rid of it,” said Katherine Dean, a managing director of wealth planning at Wells Fargo Private Bank in San Francisco. “This will have a huge impact on them. Huge.”

Obama’s proposal, which will be detailed in his budget plan on Feb. 2, would impose a capital gains tax at death on the growth in the value of assets since they were purchased, except for those donated to charity. The plan also raises the top capital gains rate to 28 percent from 23.8 percent.

It’s one of the plans Obama is pushing in his final two years in office that resonate with those concerned about income inequality and policies that promote inherited wealth.

The simplest strategy to blunt the proposed tax increase would involve making gifts to children -- even taxable gifts -- well before reaching old age. That gives the assets more time to grow in value for younger heirs before they would be hit by the estate tax or by Obama’s proposed levy on appreciated assets at death.

The only catch is that recipients of the gifts would have to pay taxes on the full gain if and when they sell.

Gift-giving is a particularly advantageous strategy for assets -- like a growing business -- that have a relatively low value now but are expected to increase.

“If you believe that company, that asset, whatever it is, is going to blow up in value, yeah, get it out of your estate while it has an extremely low value,” Dean said.

Currently, upon one’s death, the estate is assessed the federal estate tax with a top rate of 40 percent on property. Yet it applies only to the handful of Americans with more than $5.43 million in assets and for married couples with more than $10.86 million.

If and when heirs sell, they owe capital gains taxes only on the difference between the sale price and the value when they inherited the asset.

In some cases, all appreciation during one’s lifetime can go untouched by the capital gains tax. That gives people an incentive to hold onto assets for tax reasons, especially if they have a low-cost basis, or the value when purchased.

The tax break will cost the government an estimated $33.2 billion in revenue this year, according to the congressional Joint Committee on Taxation.

Obama’s plan to curb the break would end what the White House has labeled -- inaccurately -- the “trust fund loophole” and what others have called the “angel of death loophole.” The rule has nothing to do with trust funds.

“He’s really creating a whole other set of taxes that will hit people who die with an estate,” said David Scott Sloan, a partner at Holland & Knight LLP in Boston who specializes in estate planning.

Using different methodology, the Treasury Department says an even greater share of the costs are borne by the wealthiest households, with more than 80 percent of the burden on the top 0.1 percent.

“For wealthy people, whether they pay taxes on capital gains is entirely optional,” said Ray Madoff, a professor at Boston College Law School. “So to close that loophole would be enormous from a tax policy point of view.”

Even with those protections, the proposals would require estate planners to rethink their strategies. Much of the planning is premised on the existence of the tax break on capital gains.

Because state income taxes -- including California’s 13.3 percent top rate -- typically apply to capital gains, the combined rates for some taxpayers may exceed 60 percent.

Obama’s plan would also make work for people charged with tracking down the original cost of assets, minus depreciation.

Under current law, the step up in basis at death -- where assets are calculated at full market value in the owner’s estate -- means executors don’t have to figure out what someone paid for stock, land or a business when purchased years ago, let alone take into account what improvements were made along the way.

The last time estate lawyers had to confront this issue, as part of the temporary 2010 repeal of the estate tax, they had trouble doing all the research.

“There could be a whole new industry of people tracking ancient basis,” said Bobbi Bierhals, a partner at McDermott Will & Emery in Chicago who specializes in estate planning.

Tags:
Estate Planning
Science Experiments
Some Areas Too Wet, Others Too Dry
The Role of Veterinarians and Nutritionists as Consultants for Dairies
Are All Bets Off for Phase One Trade Deal with China?
Jerry Gulke: Letting Time Pass May Pay Dividends