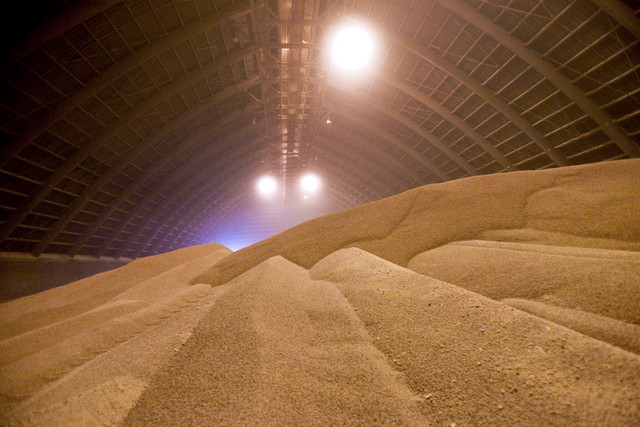 Potash Corp. the world’s second-largest producer of its namesake fertilizer, is rallying amid rumors of a possible takeover of the Saskatchewan-based company.

There are rumors of several unsolicited bids for the company as the stock reached historical lows, said Jonas Oxgaard, an analyst with Sanford C. Bernstein & Co. A bid may come from any of the company’s competitors, including CF Industries Holdings Inc. or Agrium Inc., and if BHP Billiton Ltd. wants to make a second attempt to acquire Potash Corp. “I don’t think there would be a better time than this,” he said.

“It feels like the time things would be consolidating,” Oxgaard said in a telephone interview from New York.

Canada rejected Melbourne-based BHP’s $40 billion hostile offer for Potash Corp. in 2010 saying the bid failed to meet the criteria of providing a net benefit to the country. Saskatchewan province is forecast to receive C$420 million in direct royalties and taxes from the potash industry this fiscal year, down 24 percent from C$556 million a year earlier, government spokeswoman Deb Young said in an e-mail on June 22.

Uralkali PJSC is the world’s largest potash producer by output.