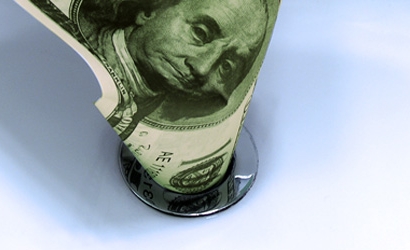 Corn and soybean crops devastated by the worst drought since the 1930s should recover this year, lowering prices, said Joe Glauber, chief economist for the U.S. Department of Agriculture.

With a return to normal yields, "a rebuilding of stocks and lower commodity prices would be expected in the fall," Glauber said today at a Senate Agriculture Committee hearing. Wheat- and hay-producing areas remain in the grip of drought, while conditions have improved in much of the Corn Belt states further east, he said.

Almost 56 percent of the contiguous 48 states were in drought as of the week ended Feb. 12, up from 38 percent a year earlier, according to the U.S. Drought Monitor. Dryness in the nation’s main crop-growing regions sent corn yields to their lowest since 1995 while ranchers slaughtered animals to cut costs, shrinking the cattle herd to its smallest since 1952.

Farmers will plant 96 million acres of corn in 2013, a 0.9 percent decline from last year, and 76 million acres of soybeans, a 1.6 percent drop, the USDA said in a 10-year forecast this week. Plantings of wheat, which requires less rainfall, may increase 3.2 percent to 57.5 million acres.

Livestock producers, who thinned herds to avoid rising feed costs, continue to experience hardships, Glauber said. About 69 percent of cattle-producing areas and 59 percent of hay acreage remain in drought conditions, with rain needed to allow ranchers to rebuild their operations.

"Cattle on the southern Plains are in a dry situation," Glauber told reporters after his testimony. "We are very concerned."

Domestic beef output will drop to an eight-year low in 2013, and per-capita supplies will be the smallest since at least 1970, the U.S. Department of Agriculture estimates. Cattle futures in Chicago may rally to a record $1.3925 a pound this year, up 7.6 percent from yesterday’s close, according to the median estimate in a Bloomberg survey of five analysts.

More than a fifth of all U.S. counties have already been declared agricultural disaster areas because of drought, according to the USDA. With claims still to be processed, government-subsidized crop-insurance payments from companies including Ace Ltd. and Wells Fargo & Co. for 2012 crop losses have already surpassed $14.2 billion, exceeding the 2011 record of $10.84 billion, the USDA said today.

Indemnities may reach $16 billion, then drop to $10.1 billion for this year’s crops, according to a congressional estimate.