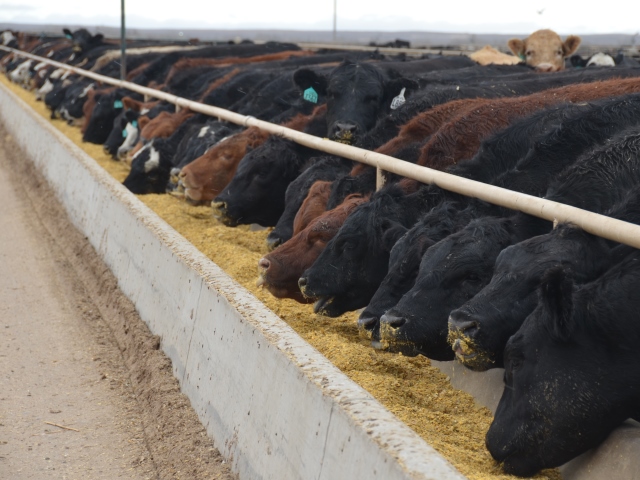 The crisis continues for America’s cattle feeders. 2015 will go in the record books as the worst year in history for feedyards. And it’s not even close. Last week’s closeouts tacked on an additional $14 per head in losses, leaving margins $695 in the red, according to Sterling Marketing, Vale, Ore. For perspective, that means America’s cattle feeding industry lost more than $400 million last week.

Beef packer margins declined nearly $1 per head, resulting in average profits of $68 on every animal processed. Packer margins are about $46 per head better than last month.

A month ago cattle feeders were losing $542 per head, while a year ago losses were pegged at $25 per head, according to Sterling Marketing. Feeder cattle represent 78% of the cost of finishing a steer.

A month ago beef packers were earning $22 for every animal processed, while a year ago packers were losing $61, Sterling Marketing estimates.

Farrow-to-finish pork producers lost $25 per hog last week, about the same as losses the previous week,  but $7 per head better than the $32 per head loss found a month ago.

Nalivka projects average cash profit margins for cow-calf producers at $490 per cow this year. Last year’s estimated average cow-calf margins were $526 per cow. Cow-calf profits for 2016 are projected at $232 per cow.