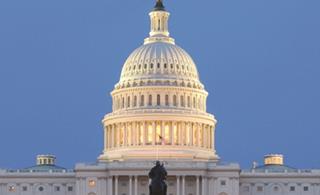 The final rules are due in 2015, and the FDA has been haggling over how to write them since Congress passed a food safety law in 2010. Regulators say balancing the need for tighter food safety standards after major food-borne illness outbreaks in spinach, eggs, peanuts and cantaloupe against the needs of farmers who are new to such regulations has been a challenge.

Michael Taylor, FDA's deputy commissioner for foods, says the agency is trying to "achieve the goal of food safety in a practical way." The rules are new terrain for the agency, he says.

The rules originally proposed in January 2013 would require farmers to take new precautions against contamination, making sure workers' hands are washed, irrigation water is clean and that animals stay out of fields, among other things. Food manufacturers would also have to submit food safety plans to the government to show they are keeping their operations clean. Those changes would in many cases require new equipment, paperwork and record-keeping.

None of those priorities would change in the revised rule. But after complaints from farmers big and small who said the rules were too burdensome, the new proposal would relax some standards for the amount of bacteria that can be found in irrigation water and reduce the frequency with which it is tested, in some cases. The proposal also reduces the amount of time required between fertilizing crops with raw manure and harvest and allows farmers to hold produce in a packing house without further regulations. The smallest farms would continue to be exempted from many of the rules.

The organic industry had expressed concerns about the rules, especially because many organic farmers use raw manure as fertilizer and try to treat irrigation water with fewer chemicals.

"This approach has less potential to impose economic hardship on organic farmers, while at the same time supporting the safest food supply in the world," said Gwendolyn Wyard of the Organic Trade Association.

The revised rules will also benefit brewers who sell leftover grain from making beer to ranchers and dairy farmers as animal feed. Brewers were concerned that they would have to comply with new rules for animal food — including testing, audits and other safety measures. Friday's revisions clarified the brewers will not have to follow the animal food rules because they already follow rules for human food.

The Food safety law marks the first time the FDA would have real authority to regulate food on farms. The agency said when it proposed the rules that they could cost large farms $30,000 a year.

The law was passed by Congress at the end of 2010, weeks before Republicans assumed control of the House. Since then, many GOP lawmakers have said the rules are too burdensome for farmers. Some Democrats advocating for organic farmers have also been critical.

Supporters have said the new laws are needed after several high-profile foodborne illness outbreaks. While many farmers and food manufacturers already follow good food safety practices, the law would aim to ensure that all of them do. Government inspectors have pointed to dirty equipment, unsanitary conditions and animal feces as likely causes for salmonella, E. coli and listeria poisonings that have sickened hundreds in recent years. There are an estimated 3,000 deaths a year from foodborne illness.

The rules governing produce are already somewhat tailored to make the changes easier on farmers. They would apply only to certain fruits and vegetables that pose the greatest risk, like berries, melons, leafy greens and other foods that are usually eaten raw. A farm that produces green beans that will be cooked and canned, for example, would not be regulated.

In addition to regulating farms and food manufacturing facilities, the food safety law authorized more inspections by the FDA and gave the agency additional powers to shut down facilities. The law also required stricter standards on imported foods.

The new proposal will have a 75-day comment period. The FDA is legally required to finalize the rules by next year after being sued by an advocacy group last year for missing deadlines.