Ready for a Crisis? 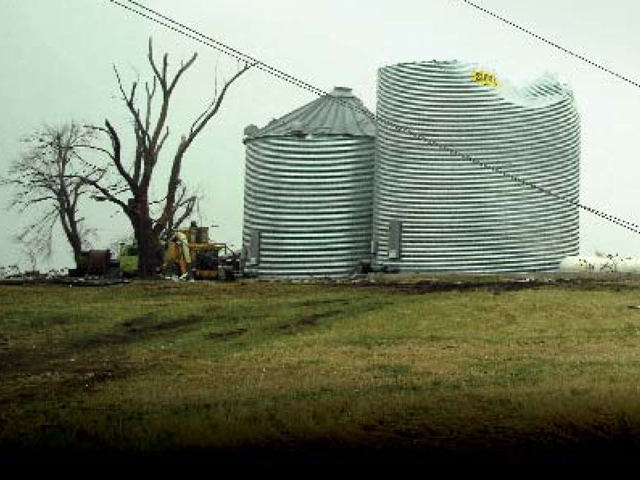 Prepare in advance to save time when an emergency strikes

In May 2010, the animal-rights group Mercy for Animals released a video taken by one of its undercover operatives at the Ohio farm of dairy-cattle broker Gary Conklin. The edited footage showed one of Conklin’s then-employees physically abusing cows and calves.

A publicity firestorm erupted. Conklin received nearly 1,000 media calls in the 24 hours after the video’s release. His family and business received threats of violence. Law enforcement officials were called in.

Months later, Conklin and everyone but the abusive employee were cleared of any wrongdoing. The worker was arrested for animal cruelty, did jail time and paid a substantial fine. His whereabouts today are unknown.

Safeguard Your Reputation. Five years later, Conklin describes the crisis and its aftermath as devastating.
It cost him his milk market and put him in the crosshairs of animal activists. His catastrophe might be extreme, but the reality is that you and your operation could easily be the victim of a crisis.

It could arrive in the form of a fire, flood, tornado or workplace fatality. Your farm could be responsible for a manure spill or pesticide drift. A product recall traced to your operation could ruin your brand’s reputation and market outlets. A disease outbreak could shut down your livestock business. In some instances, a crisis could result in criminal charges or fines.

You can minimize potential damage by preparing in advance, says Jane Dukes, director of food and consumer communications with MorganMyers, a strategic communications firm with offices in Wisconsin and Iowa.

“A preparedness plan could and should cover a variety of unanticipated issues that could arise on the farm,” says Dukes, who spent more than a decade handling crisis communications for McDonald’s and its owner-operators.

“The bottom line is thinking through the possible scenarios you might have to deal with and putting a plan in place to deal with them,” she says. “This advance preparation will save you valuable time if and when the emergency strikes.”

Conklin agrees. He didn’t have a crisis plan when the animal-abuse video broke. Ill-prepared, he hired a communications firm within hours to handle the firestorm.

“All farms, dairies and livestock operations need to have a plan in place,” Conklin says. “Once a crisis breaks, things happen very quickly.” Conklin adds: “As it starts unfolding and the investigation begins, you still have to care for your animals and keep your farm moving forward.”

Build A Team. How can you prepare? First, establish a crisis communications plan. Lay the groundwork now by identifying what constitutes a crisis for your business, and list the steps required to respond appropriately.

Next, designate who will be in charge and who your core response team will be in an emergency.

“The person who is in charge of handling a herd health epidemic may not be the same person who is in charge if there is a manure spill,” Dukes says. “There is value in thinking through the possible scenarios that could occur on your farm and asking yourself, ‘Who would I call? Who would I trust to give me advice in this situation?’ You can probably anticipate 99% of the unanticipated emergency situations in one brief brainstorm.”

Consider how you’ll notify your response team in a crisis. Will it be by phone? Text message? Email? Build a key-contacts list in advance, Dukes advises. It should include:

Use Technology. Installing video-surveillance cameras is another best practice. Having your own footage can protect you and uncover more information about what might have happened. Video cameras at livestock operations can be particularly helpful in revealing the full context of animal-abuse allegations.

“You can’t manage what you can’t measure, and video surveillance is one tool, as is dropping in unexpectedly and walking the barns to check on your animals and your employees,” Dukes says.

Practice Makes Perfect. After the crisis communications plan is in place, coach your team members by educating them about it. They should know who to turn to and where to find important contact information, tools and resources quickly in an emergency.

As a farm owner or manager, you should also practice news media training. As Conklin learned, media react quickly. They will expect reasonable access to you and a timely response to inquiries. Prepare to respond with three key messages (see sidebar for details). You should be concise, professional and courteous.

“When you’re delivering your messages to the news media, remember journalism’s five Ws and H—who, what, when, where, why and how,” Dukes says. “Have answers to those questions.”

How To Work With Members Of The Media

Be prepared to deliver three key messages when responding to news reporters during a crisis, says Jane Dukes, crisis communications expert with MorganMyers. In a situation involving livestock disease, for example, those three points might be:

1. “We have a strong animal-health program in place and have never before had a disease outbreak.”

2. “We are awaiting the results of an investigation by state and federal officials on the disease strain and source, and we will notify you when we receive the results.”

3. “We are working with local, state and federal agencies to ensure this does not happen again.”

Dukes also offers these tips for responding to news media:

For an extensive collection of resources to help in times of farm crises, visit agweb.com/weather/disaster-relief-resource-guide.