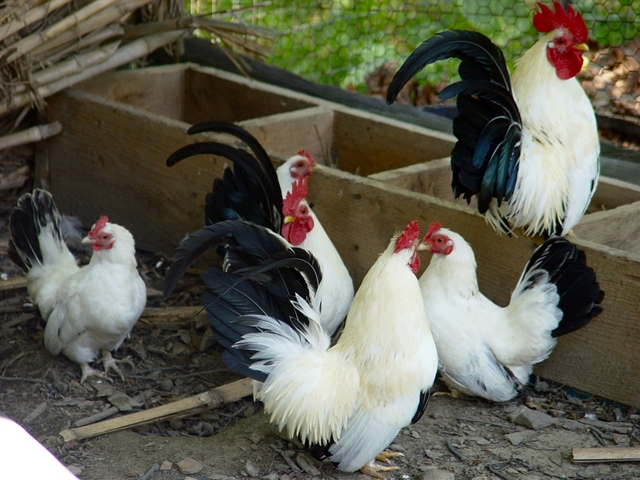 People who raise chickens or other livestock in cities and suburban residential areas should not have the protection from nuisance lawsuits that Michigan grants to farmers in the countryside, says a report to the state's agricultural policymakers released Sunday.

Backyard farming should continue to be regulated through local zoning ordinances, although the state should encourage the practice and develop guidelines on matters such as proper animal care, waste management and slaughter methods, said the document by the Urban Livestock Workgroup.

Jamie Clover Adams, director of the Michigan Department of Agriculture and Rural Development, and state Senate Agriculture Committee Chairman Joe Hune established the panel last year to study the question of legal protection for urban and residential farming at a time of increasing consumer interest in locally produced foods.

"To me, it's a good trend that bodes well for the rest of the food system," Clover Adams told The Associated Press. "If people take part in some type of backyard livestock raising or a garden, they'll have a better appreciation for what farmers bring to the table."

Although the state has no statistics on the number of city and suburban residents who produce livestock for home use and sale to local markets, anecdotal evidence suggests the number is rising, she said.

Michigan's Right to Farm Act provides a legal shield for operations that abide by best-management practices designed to protect the environment. The state Commission of Agriculture and Rural Development sets the standards, which are updated each year to reflect advances in science and technology.

But last April, the commission established a separate designation for livestock sites that are primarily residential and exempted them from Right to Farm protection, subjecting them to local zoning authority. The move sparked protests from many urban and suburban growers.

"There was a huge outcry about this," said Wendy Banka, president of the Michigan Small Farm Council, who raises chickens at her home in Ann Arbor. "In Michigan, there is not a great track record of local governments giving their citizens the right to keep livestock."

The report by the 21-member Urban Livestock Workgroup sided with the agriculture commission. Banka was among a minority of group members who dissented, contending backyard farmers should have the same rights as their rural counterparts if they meet established standards.

Hune, a Republican from Livingston County's Hamburg Township, said he would introduce an urban agriculture bill in keeping with the report's proposals and give all sides a chance to be heard. But it's doubtful the Legislature will extend protections to town farmers that pre-empt local zoning, he said.

"There is a strong case to be made — 'Why can't I have 10 rabbits in my back yard in the city if my neighbor can have four barking Rottweilers?'" Hune said. "Local zoning often doesn't make sense, but I'm not sure it's our objective to trample all over the rights of local government."