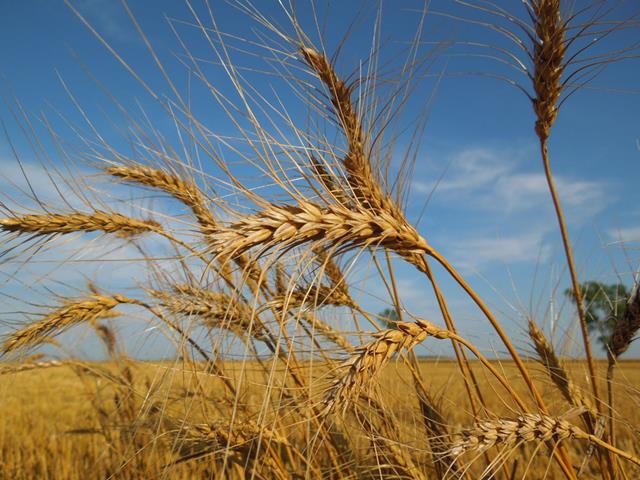 A decade after expanding its grain business during a slump in prices, the Richardson family of Winnipeg, one of the richest in Canada, is making a similar bet on oil.

With crude futures collapsing to the lowest in five years, the Richardson’s Tundra Oil & Gas unit last month agreed to buy 550 wells in Manitoba, part of a $410 million divestiture of Canadian assets by EOG Resources Inc. Tundra’s biggest purchase ever will boost its output this year by one-third to 32,000 barrels a day, and Chief Executive Officer Ken Neufeld says he remains on the lookout for more deals.

“If you’ve got a sustained low oil price for a period of time, you’re going to have companies out there that are going to run into some financial difficulty,” Neufeld said in a Dec. 16 telephone interview from Winnipeg. “There may be a buying opportunity there.”

As the oil slump forces some energy companies to cut spending, Tundra said it will expand drilling in a bet that prices will rally. To zig when others zag isn’t new for privately-held James Richardson & Sons Ltd., a company founded as a crop merchant more than 157 years ago, before Canada became a nation. Over the past decade, the family invested in grain facilities during a drought and expanded in financial services amid the worst economic crisis since the Great Depression.

Those earlier bets paid off. In November, Canadian Business magazine ranked the Richardsons as the nation’s eighth-wealthiest family at C$5.05 billion ($4.3 billion), up 14 percent from 2013. The company, one of Canada’s largest grain handlers, is shared by nine fifth-generation relatives, including Hartley Richardson, the current president and chief executive officer, and Carolyn Hursh, its chairwoman.

While the family made its fortune selling grain, the company expanded into oil exploration in 1980 and became the largest producer in Manitoba’s slice of the resource-rich Bakken field. The reserves acquired from Houston-based EOG are located in the Williston Basin, where Tundra has been drilling for more than three decades.

Oil production in North America has surged, with U.S. output reaching the highest in more than three decades, as horizontal drilling and hydraulic fracturing unlocked supplies from shale formations including the Bakken in North Dakota, which borders southern Manitoba. With slower economic growth limiting global fuel demand, prices are down 45 percent in the past year to less than $53 a barrel in New York.

Energy producers like EOG have been forced to reset priorities to focus on their most profitable assets, creating buying opportunities for those looking to expand, said Fadel Gheit, a senior oil analyst at Oppenheimer & Co in New York.

Tundra plans to spend $70 million in the next year to drill on the EOG properties, which includes 12,000 acres of undeveloped land, in a bid to find more oil. EOG said the net proved reserves it sold in Manitoba and Alberta, totaled 8.5 million barrels, including natural-gas liquids.

“We continue to believe the business that we’re in is a good business long-term,” Neufeld said. “I’m optimistic crude prices are going to come back to something more normal.”

The investment isn’t without risk. Crude may drop to $40 and “flutter into” the $30s this year, Andrew Furman at Risked Revenue Energy Associates said last month. Goldman Sachs Group Inc. said Dec. 15 that forecasts of a rebound in 2016 are based on “outdated cost data,” and that the global supply glut is creating a new normal for prices that “is far lower than we thought just one month ago.”

Lower prices already are having an impact. Calgary-based Husky Energy Inc. said Dec. 17 it will delay a decision on a C$2.8 billion expansion off Canada’s Atlantic Coast and will spend 33 percent less in 2015. London-based BP Plc said it plans to cut $1 billion to $2 billion from a previous capital spending budget for 2015.

Drilling activity in Western Canada may drop 15 percent in 2015, Patricia Mohr, an economist at ScotiaBank, said in a Nov. 28 report. And the United Arab Emirates said the 12-member Organization of Petroleum Exporting Countries won’t cut output even if prices fall as low as $40.

The Richardsons have been there before. When crude fell close to $10 in 1998, making production unprofitable for many companies, the family expanded its investment in energy to 25 percent of assets from about 3 percent, Hartley Richardson said in a March interview. Tundra bought in Alberta, including a stake in Western Oil Sands Inc., a company with 20 percent interest in Athabasca Oil Sands Project that was later purchased by Marathon Oil Corp. for C$5.8 billion.

Another payoff came in late 2004, when Tundra unearthed the biggest oil reserves in Manitoba in almost half a century, after drilling near Sinclair, Manitoba, a small community near the Saskatchewan border. The Richardsons became the province’s top producer, surpassing a Chevron Corp. unit.

The Richardsons took a similar approach in grains a decade ago, when spring-wheat production fell to a 30-year low and some farmers abandoned fields that were too dry to plant. After an adviser warned there was no future in the business that James Richardson started in 1857, Hartley Richardson said the company began one of its biggest expansions, acquiring grain depots and loading facilities.

In 2012, after the government had dismantled the marketing monopoly of the Canadian Wheat Board, the Richardsons paid C$900 million for parts of Viterra Inc., the nation’s largest grain handler, which had been acquired by Glencore Xstrata Plc for C$6.1 billion.

“They invested prudently,” after positioning themselves for the end of the wheat board, said Greg Arason, the CWB’s former CEO, who is chairman of the Thunder Bay Port Authority.

The company is betting on a similar payoff in oil.