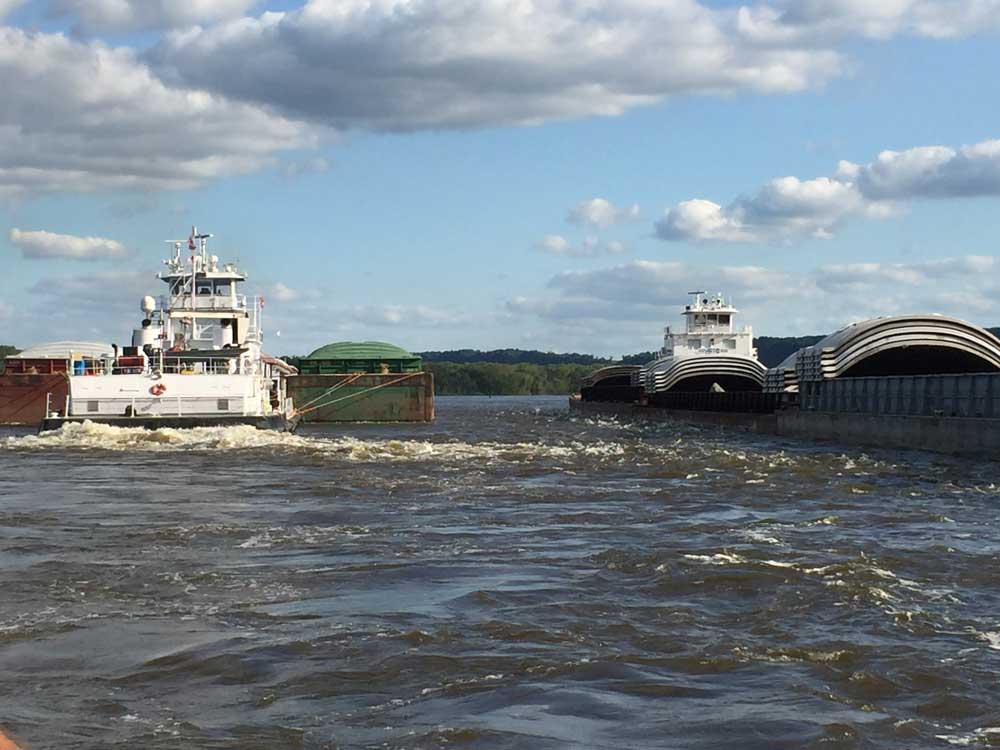 As farmers work to harvest what the U.S. Department of Agriculture (USDA) is calling third largest corn crop ever, compounding issues on the Mississippi River are causing grain handlers to slash basis, eating into farmers’ bottom-line. U.S. Waterways Council confirmed portions of the Ohio River are currently closed to river traffic, making it difficult to move harvested grain along a major shipping vein, which dumps into the Mississippi River.

USDA is reporting a surge in barge rates last week, with spot barge rates for export grain increasing 27 to 50 percent compared to the previous week. With little rain in sight, barge operators are being forced to slash drafts for barges.

Since it’s so early in the harvest season, USDA is forecasting the issues to continue, expecting increased barge rates through mid-October.

Karl Setzer of MaxYield Grain says the issues along the rivers means farmers are better off financially to hold on to grain for a while versus selling it at harvest.

“There’s a 500 percent carry in the market,” said Setzer. “That means the river market is paying merchandisers 80 cents a bushel to hold corn from now until December, resulting better basis for farmers.”

Farmers are reporting grain handlers are asking farmers to start storing grain on farm, until the clogged waterways improved, as they aren’t currently able to accept grain. Grain buyers add that record yields in the Southern U.S. have increased seasonal demand for barges on the Lower-Mississippi, causing a backlog of corn and soybeans along the Upper- and Mid-Mississippi pools.

U.S. Army Corps of Engineers says they aren’t seeing any major backups in barge traffic due to low river levels around St. Louis, but the agency is currently dredging near Thebes, Illinois to clear out high spots. However, traffic is open while crews work from 7 p.m. to 7 a.m.

U.S. Waterways Council tells AgWeb the main issue on the Ohio River is with Lock and Dam 52, located near the Illinois and Kentucky border in Brookport, Illinois, and Lock and Dam 53, 11 miles upstream of Cairo, Illinois.

“The closure of the Ohio River as a result of emergency outages at Locks and Dams 52 and 53 highlight the critical needs of the inland waterways system,” said Deb Calhoun, Senior Vice President, Waterways Council, Inc., a national public policy group focused on inland waterways infrastructure.

Calhoun says both locks are operating on 1928 technology, stressing the need to improve crumbling infrastructure on the nation’s waterways.

“The locks and dams on the system were built during The New Deal in the 1930s and earlier, and require recapitalization to be able to continue to allow shippers the most cost-competitive way to get their goods to the export market and for use domestically,” she said. “The Trump administration has suggested a $1 trillion initiative ahead for the nation’s ailing infrastructure and waterways’ locks and dams must be included in that plan.”

Both locks are scheduled to be replaced by the Olmstead Lock and Dam in 2018. While plans are in place, it doesn’t fix the issue today.