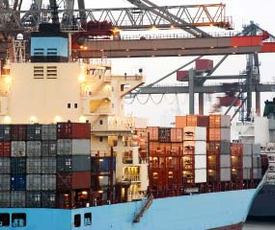 The ban has left world exporters with stranded shipments and cancelled sales of dairy and other food products.

Even though the U.S. dairy industry no longer exports a significant volume of dairy products to Russia, the country’s ban on virtually all food products—including dairy—from several major exporters could upset world dairy markets and possibly impact U.S. dairy product prices. Russia is the world’s largest butter importer and its second largest importer of cheese.

On Aug. 6, Russian President Vladimir Putin implemented a retaliatory ban on countries that had earlier placed sanctions on Russia for supporting pro-Russian separatists fighting Ukrainian government forces in Ukraine along the Russian border. The ban, which will remain in effect for one year, impacts Australia, Canada, the European Union, Norway and the United States. The main products affected are fruits, vegetables, dairy, fish, meat, and poultry. Dairy imports from New Zealand, Brazil, and Argentina are not banned.

Last year, the United States sold $6.4 million worth of dairy products to Russia, down substantially from 2010’s $86.4 million, according to USDA.

"For the past four years, the United States and Russia have had an on-going dispute over import documentation and that has stymied U.S. dairy exports to Russia," says Sara Dorland, analyst with the Daily Dairy Report and managing partner at Ceres Dairy Risk Management, Seattle. "But the U.S. dairy industry could still feel severe aftershocks due to the policy change."

The ban, which went into effect almost immediately following Putin’s announcement, has left world exporters with stranded shipments and cancelled sales of dairy and other food products.

"To regain share and resume exporting immediately, European exporters could target regions currently served by New Zealand and the United States," says Dorland. "Given the current premium in U.S. butter prices—about 39 cents per pound to German prices—EU-28 butter could displace U.S. butter into the Middle East."

Likewise, European exporters of cheese could look to two of the United States’ largest markets, South Korea and Japan, for potential sales.

"Russia’s ban will be highly disruptive to near-term markets and it could deal a blow to an already weakening European dairy market," says Dorland. "But the long-term global supply and demand balance won’t be affected."

If European dairy product prices plunge due to the ban, U.S. prices could follow at least in the short term as Russia looks to New Zealand and South America to fill the void, says Dorland. While New Zealand, Brazil, and Argentina should not have much problem meeting Russia’s butter needs, cheese is an entirely different story.

"It would take almost all of New Zealand’s, Argentina’s, and Brazil’s cheese exports to fill the hole left by European cheese," Dorland notes. "This could arrest the free-fall that New Zealand dairy product prices have been in for the past several weeks."

Another scenario could also play out if Russian consumers cut back on their purchases of butter and cheese due to food price inflation sparked by the ban.